Posted on October 6, 2016 by the5milecyclist 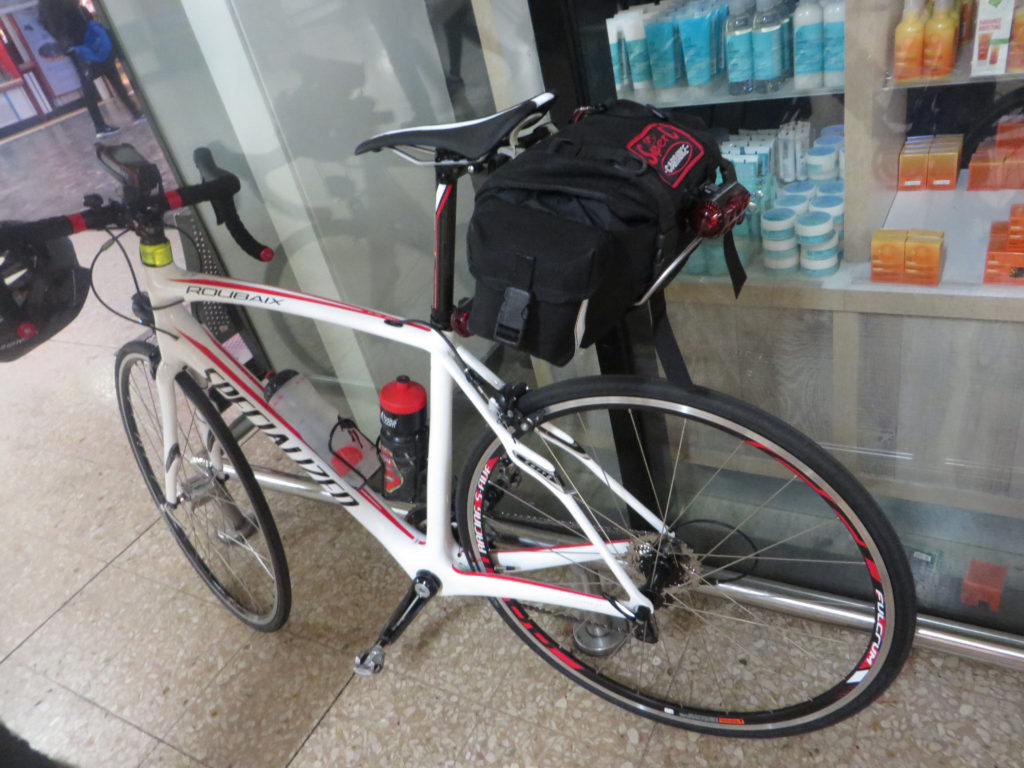 The street light flickered, casting odd shaped shadows on car roofs. The sound of footsteps on pavements could be heard as last minute shoppers scurried home to start their weekends, some with their weekend ingredients along with a good supply of pencils and possibly their aspirations to be a Great British Baker.

Laughter and raucousness ricocheted around the airwaves as people filled pubs and bars across the city beneath the sun as it dropped down towards the horizon, lower and lower into its autumnal pose. That Friday Feeling was upon us. 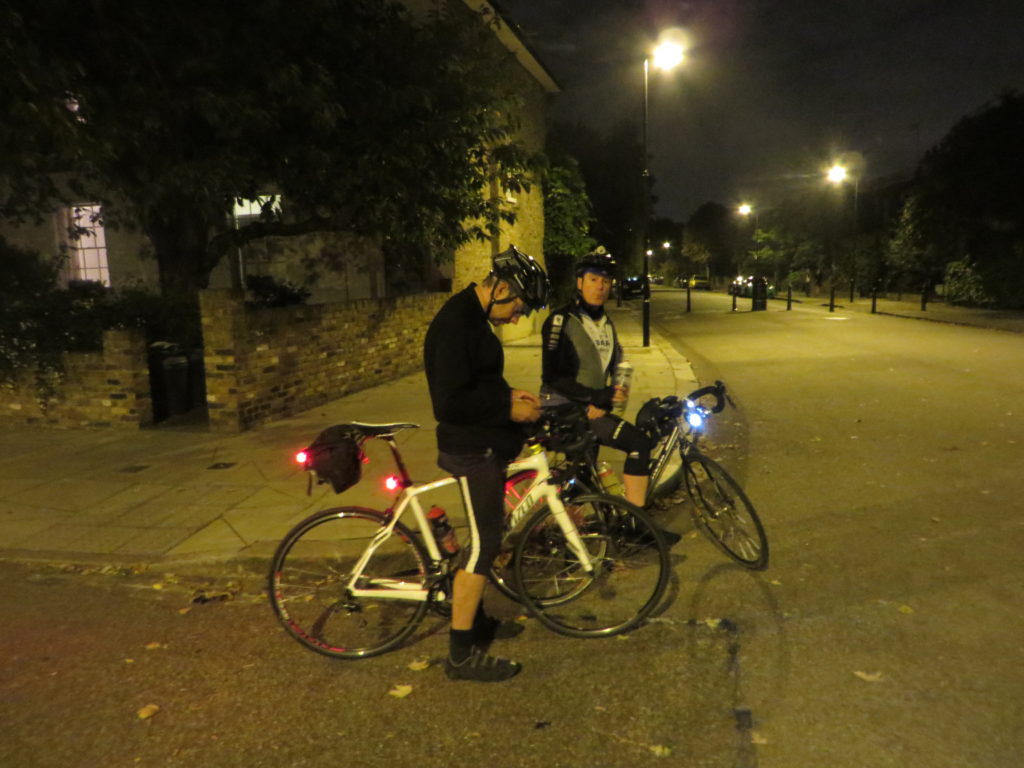 Fridays to some mean free time and drinks with friends. To others they mean checking the bike and seeing Wellington Arch at midnight. They mean being under both moonlight and sunrise on two wheels; they mean 40 winks and analytical assessments of weather forecasts; they mean a group of fellow cyclists full of banter, laughter and unprompted support just when you begin to flounder. 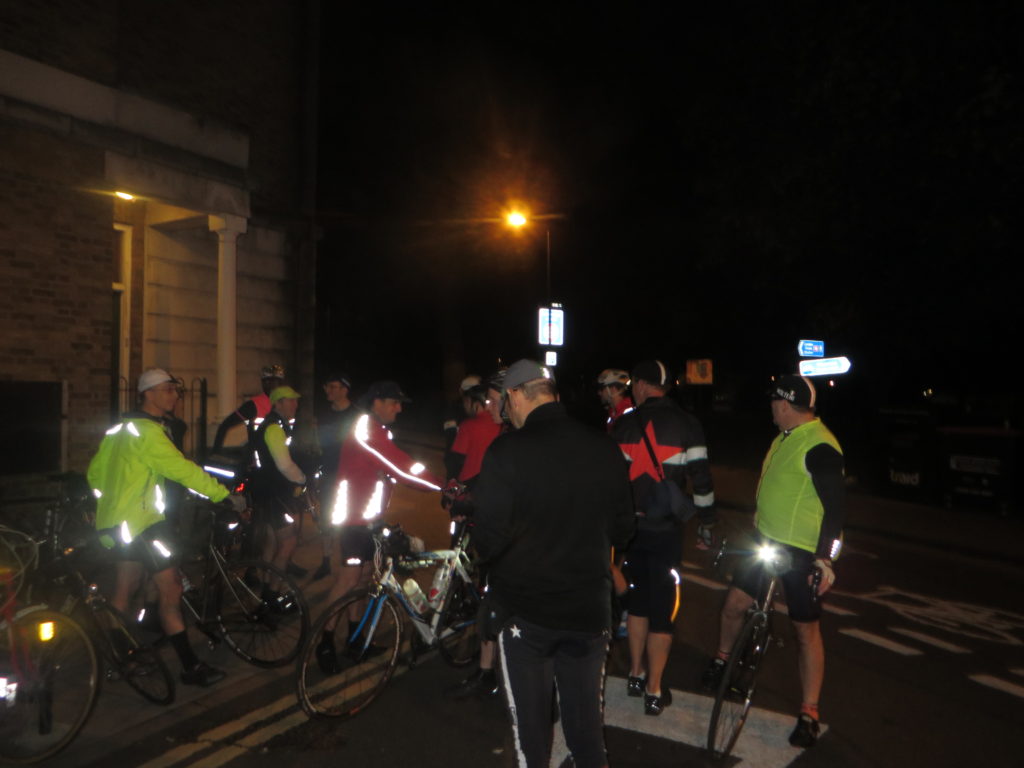 Somewhere in Suffolk, a beach by a nuclear power station has become the annual destination for the Dun Run. A couple of thousand cyclists gather in London’s Hackney from early evening and make their way north and east, through the night, to spill onto the beach amongst chaos of coaches and queues at Dunwich. 114 miles of unsupported cycling, no official stops, experienced and inexperienced cyclists battling it out for tarmac up hills and down again to be faced several tired hours later with the trauma of how to find their way home – the sort bicycle ride that, to me, ends with admin rather than elation. This was a ride that would remain a mystery as my expectation levels of group cycling have been set far too high by The Fridays for that.

On Fridays rides, a man called Olaf is normally at the back of the group on a Brompton or a Moulton, fixing mechanicals both in the dark and in a nano second, allowing the ride to continue as quickly as possible. No matter how cold, wet, hungry or bombarded with hailstones he is or has been, his ability to sympathise with the cyclist in a gentle way whilst fixing the offending issue before you can say “Oversized Wheels” is something very special. The Dun Run Lite, however, was going to be different – not only had Olaf moved from the back to the Front but he was on oversized wheels!

Arriving at Euston Station I found him but I couldn’t look him in the face as I was too busy staring at his lovely new bicycle. I couldn’t wait for him to experience the feel of flight that a carbon road bike brings as it is something that you can only do, not describe. With a grin the size of Mars, the best he could say was “it’s like a Porsche!” and I knew exactly what he meant.

We were soon a party of three and headed east to Hackney where we stopped at a pub with a sign saying “Bike thieves here” so we didn’t stand next to that for too long. At midnight we were a group of 15 making our way north east through foggy London with the echoes of “long ago, outside a chip shop in Walthamstow” ringing very loudly in my ears, literally, thanks to Mark (who may or may not have been in the school choir!)   On to Epping and beyond, as a small group we were cycling in pairs, I didn’t really notice where we were, I was so busy catching up with peeps – some of whom I haven’t seen since last week, since June and others I had never met before. 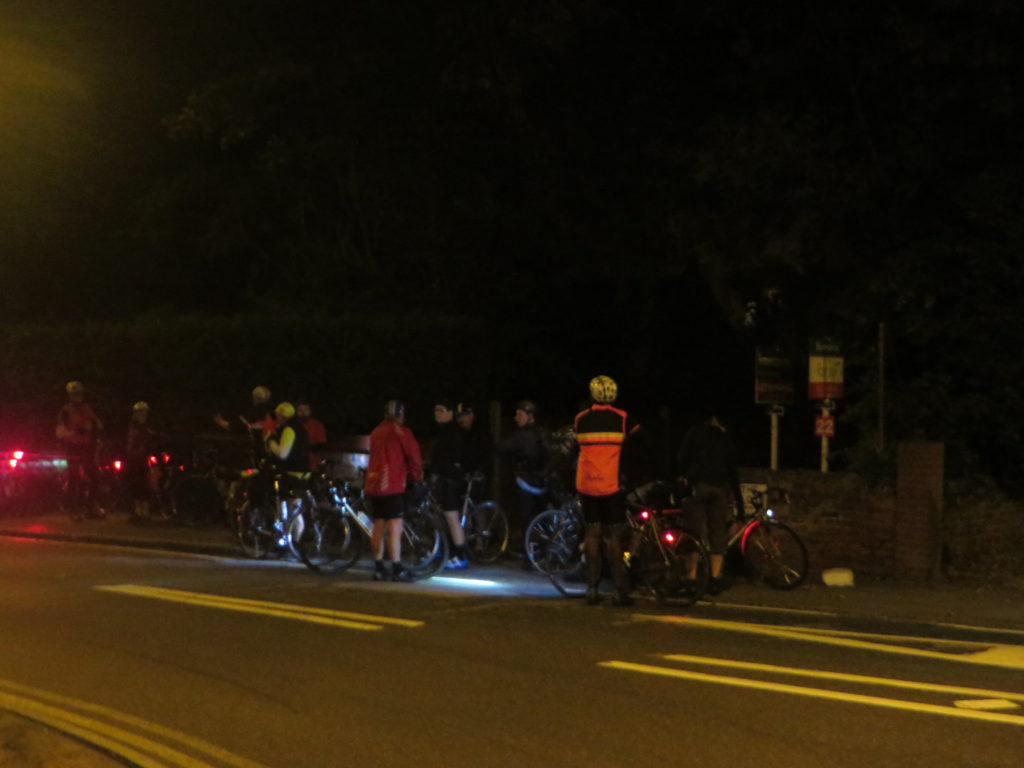 The street lighting disappeared, the roads narrowed into lanes and the air became chillier and chillier. I realised that I had not been watching the right weather website and should have definitely made sure I changed the location from London to Sudbury or Suffolk. Luckily, the extra layers I had packed were top quality. Assos to name names. Their website may be highly inappropriate but the technical quality of their pieces are second to none. Thankfully I don’t have to look at half naked people in their virtual store as one of their real stockists is http

/www.stanscycles.co.uk/ whose staff are not only extremely knowledgeable and helpful but they are also fully clothed!

The moon was only with us in spirit, we were separated by clouds which meant we were cycling in darkness for miles and miles. Sometimes I could see nothing but a glimmer of glowing red lights that seemed to be above my head were half a mile ahead the twists and turns of the lanes making an optical illusion that we were climbing a mountain.

On and on we went, conversations in true Fridays style about a zillion different things. I couldn’t really work out the speed or the time, the pedals kept spinning and I was thankful that I was warm enough. Waymarking was an infrequent occurrence as we were such a small group and in the middle of a village we stopped to catch our breath and have an onboard snack. Then we were off again. 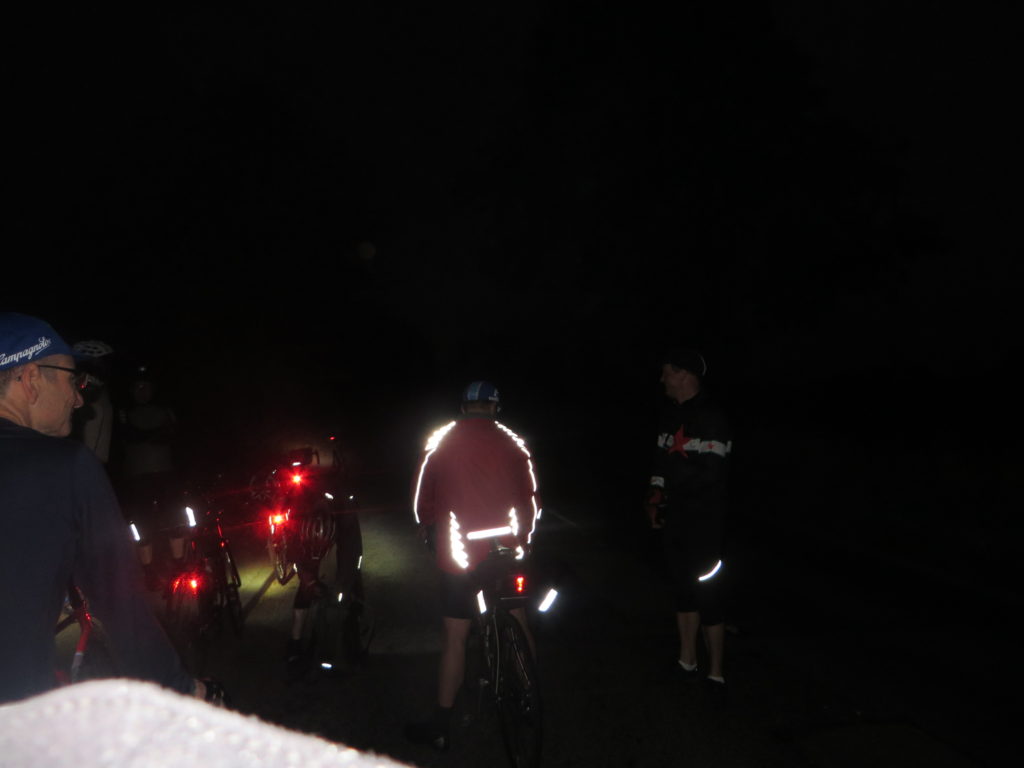 A while later, mind games in my head took over and psychologically I began to flounder quite badly.  I kept my head down, desperately wishing we would be at the half way mark soon “Push pedal, push pedal” I said to myself again and again.  Visions of my father appeared in my head – how his total inertia in terms of exercise had made him a prisoner inside his far too immobile body was a bit of a wake-up call to keep fit as fitness can disappear far too fast.

Seven miles until Sunbury. I looked out for every orange street light hoping it would be the glow of the town and as soon as we reached McDonalds I was on the lookout for the railway station. In true Fridays style, encouragement and food reset the scales – two cups of tea and a sandwich later I was raring to go again. 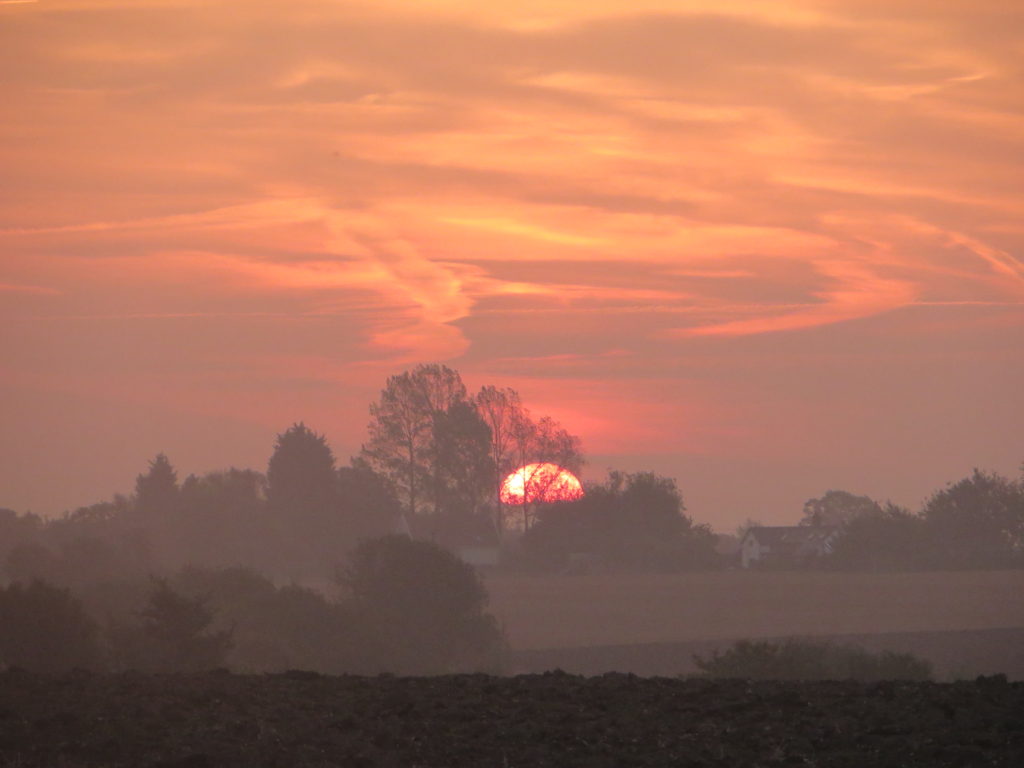 A regroup at a T-junction gave us a glimmer of what was around the corner and a couple of miles later I found the reason I had stayed on my bicycle. It is an absolute privilege to cycle through countryside when it looks this beautiful. It took my breath away. 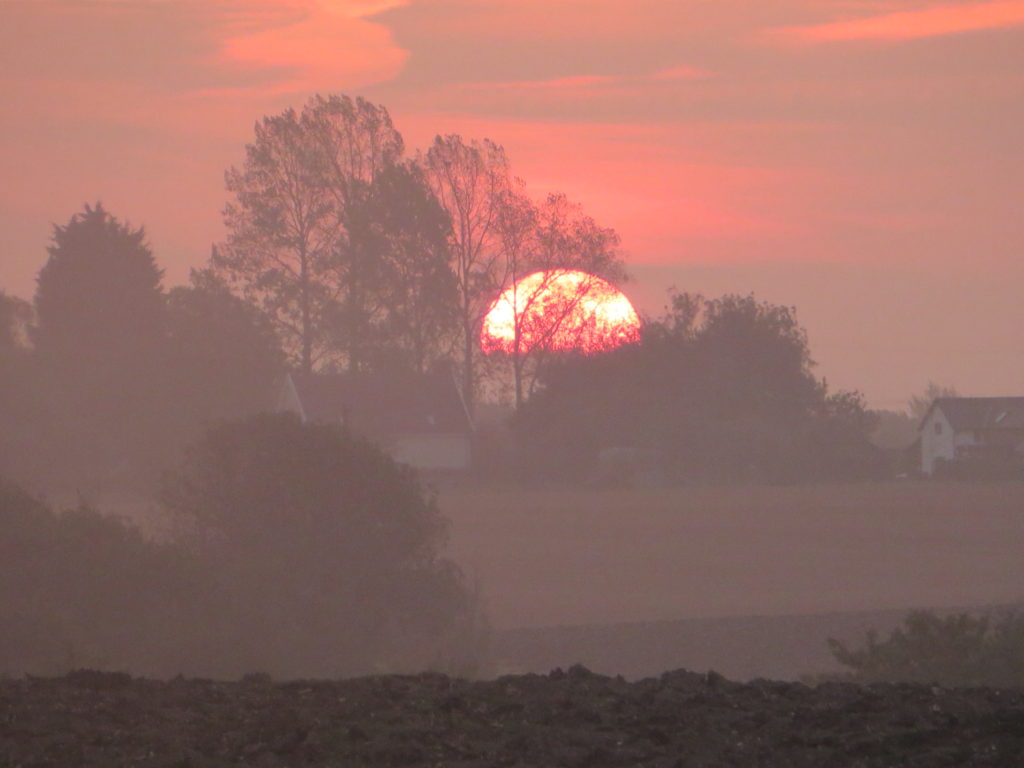 As the fields filled with sunlight, cows ignored us and I had flashbacks of last year’s Tour de Normandie – inspired by Gordon just as Olaf was moving over to turn right and Gordon was going straight on. I followed Gordon! The lanes were reminiscent of Scottish and French rides – those magical moments when you become part of the surroundings without disturbing anything. 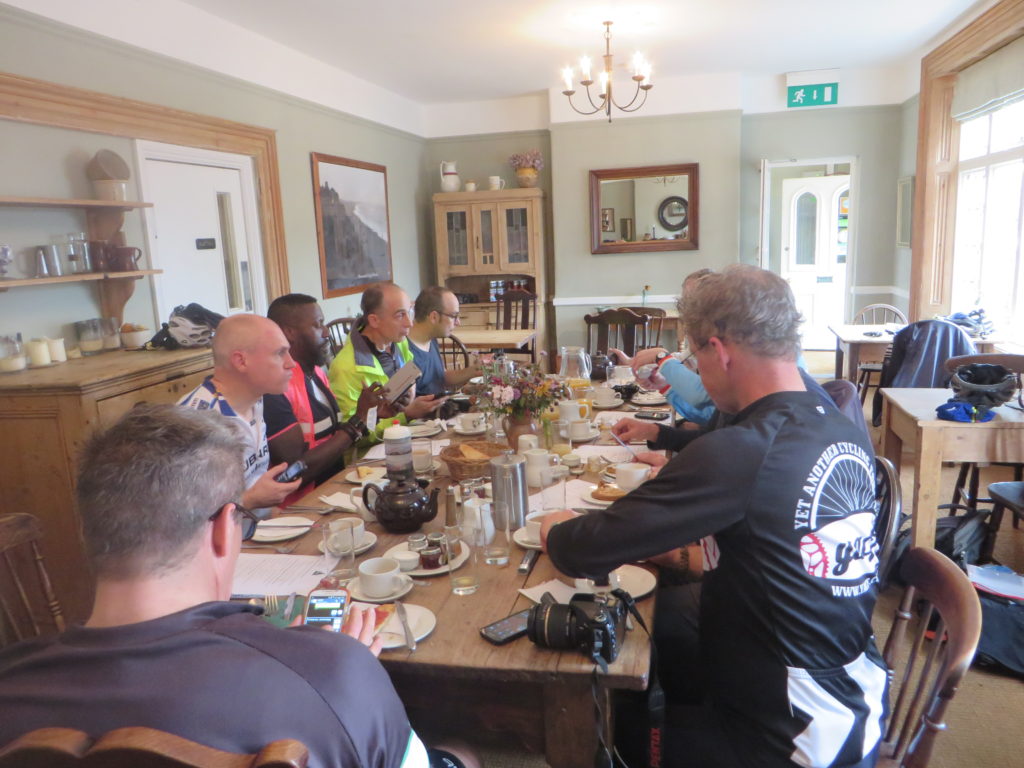 We reached The Ship at Dunwich where we sat down to an enormous breakfast before the rest of the group headed on to Diss for their train. 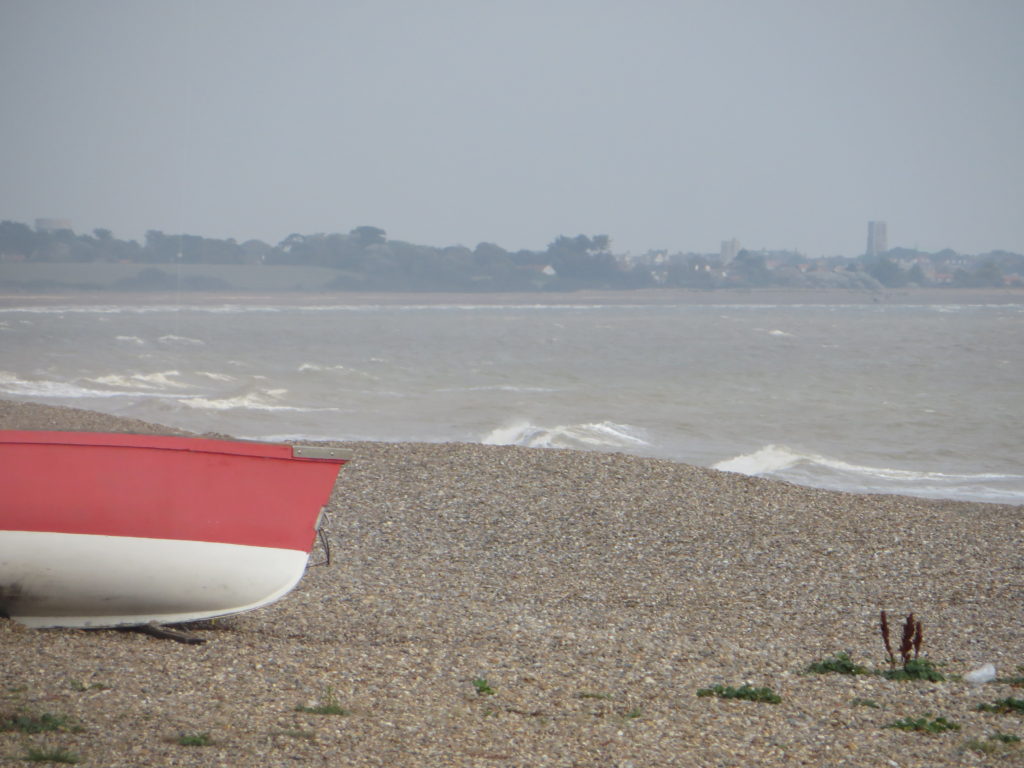 Thank you peeps! That was one big ride! 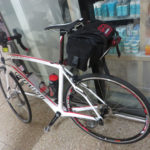 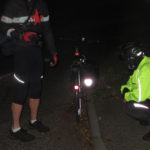 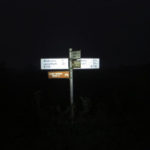 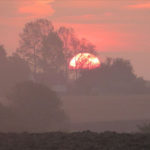 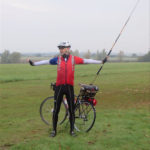 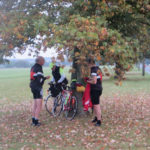 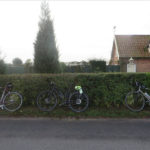 This entry was posted in Diet - What to eat and When to eat it. Bookmark the permalink.