The sun briefly showed its face across the city. The big day had arrived, this was it. Breakfast on this special July morning, however,  could only be one thing. Porridge. 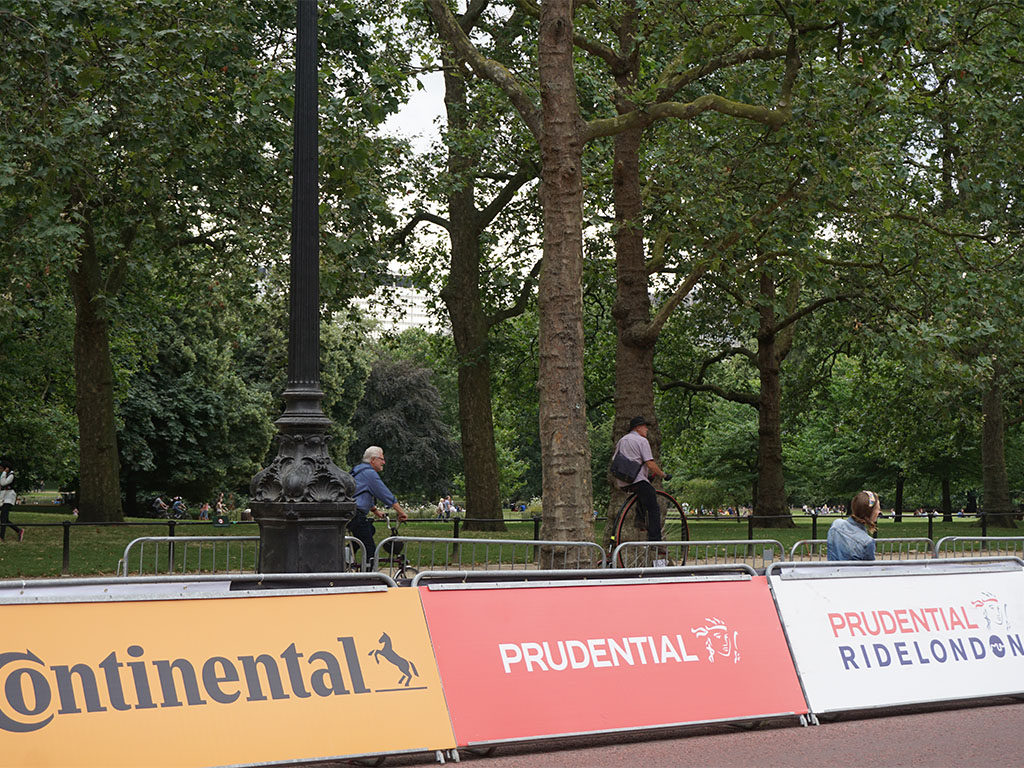 All over the Capital, every kind of bicycle was being ridden by people of every kind of age all of whom were smiling their way around closed roads as part of Sky Rides. The organisers had excelled themselves not least because all security marshals were so helpful and willing to find solutions to every problem they were given. Unbelievable. 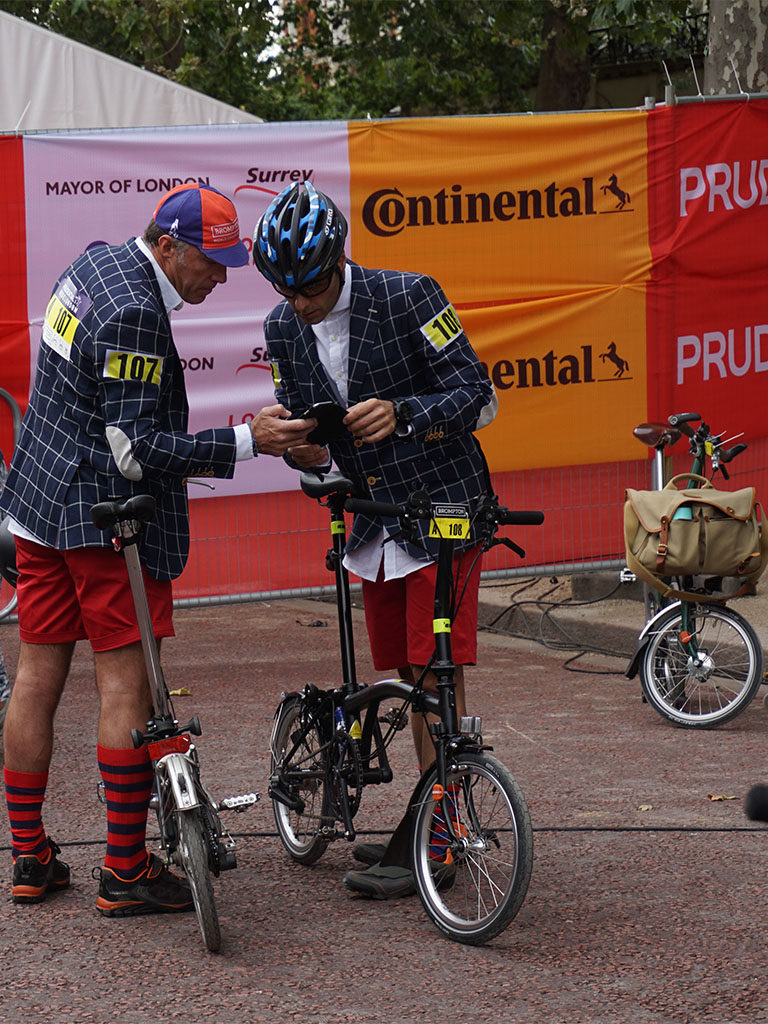 Early into the afternoon, the number of Brompton bicycles in the VIP enclosure grew and grew. The huge variation of type and colour-way with extra emphasis on this wardrobe accessory could be seen. The dress code was met with impeccable standards. 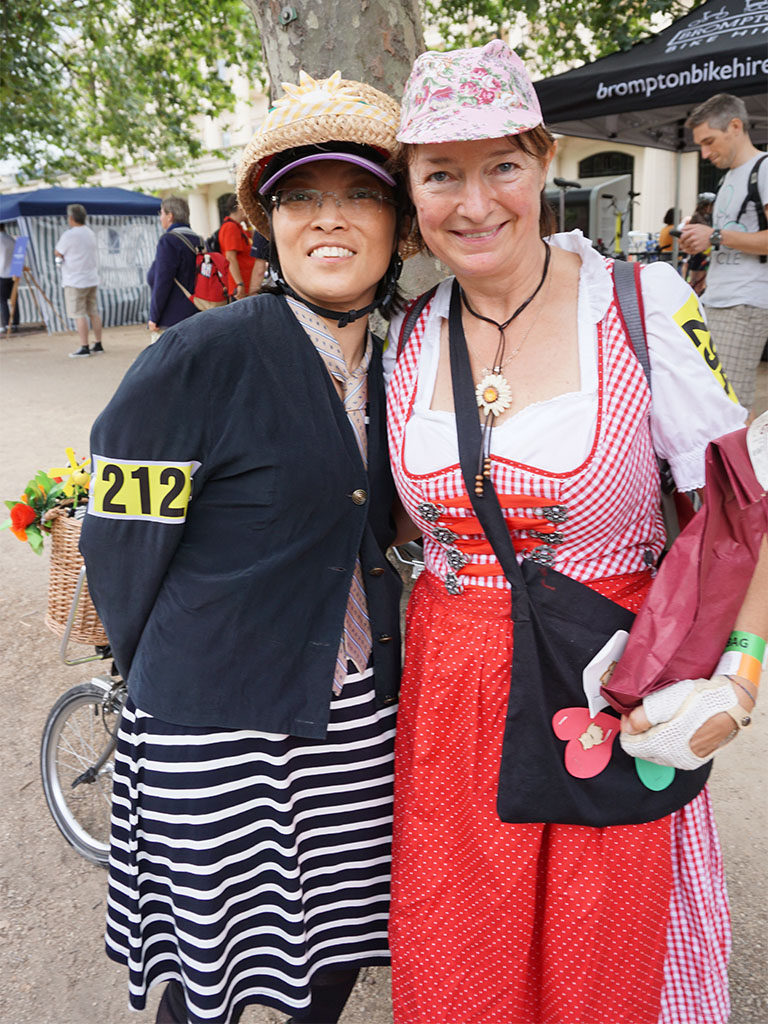 In a very short space of time the whole thing turned into a ginormous party. The Brompton World Championships 2016 was on its way. Competitors and their guests all mingled together and it didn’t matter whether you were in the race or not – it was the perfect opportunity to meet up with fellow Brompton owners from around the globe. Literally.

Putting faces to names, discussing race tactics, recent rides and gawping at other peoples’ outfits under an umbrella of continual laughter summed up the whole afternoon. 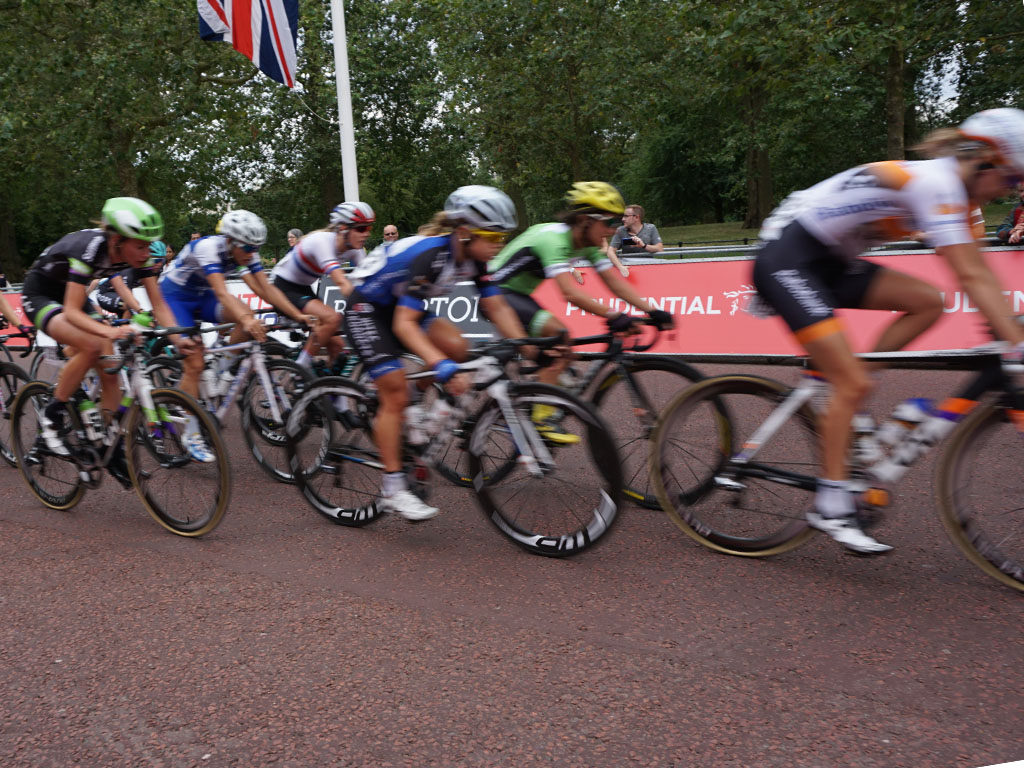 At 5pm the sound reduced as we watched the world’s first women’s professional race where – at last and for the first time ever – the prize money was the same as the men’s. The crowds grew, more and more Brompton spectators arrived and the pros took their place on the course. Seeing Skoda banners made my heart miss a beat in the excitement of it all. 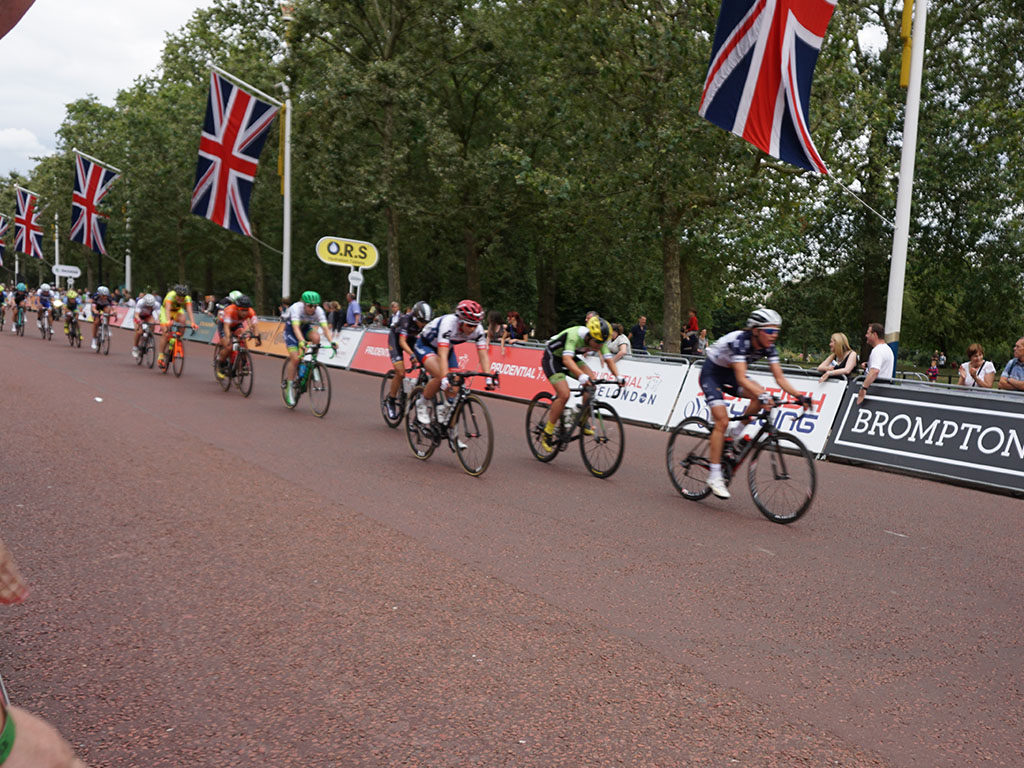 A starting lap and then they were off. The speeds at which they flew around the course were absolutely incredible. It nearly blew my hat from my head. 12 laps, the commentators voice becoming more and more excitable and the air around us was electric. It was just fantastic to see. 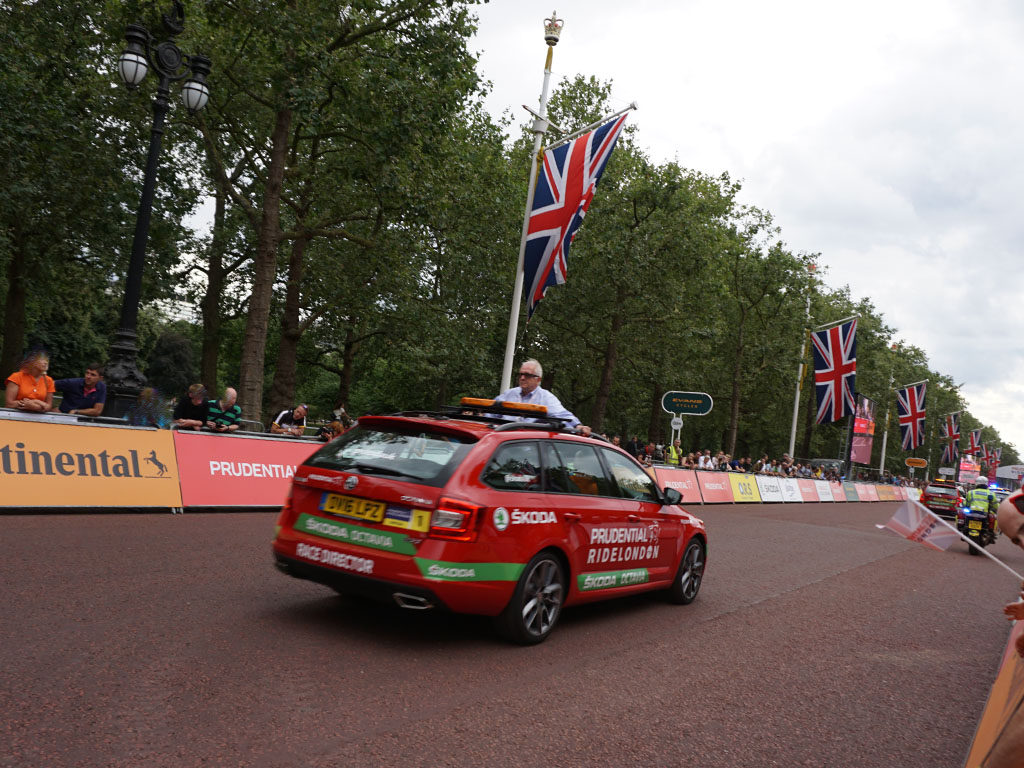 An hour later it was me on The Mall. With my Brompton. For the eighth time that day I asked myself what am I doing?! In no time at all, we were running to our Bromptons, unfolding (not in six seconds) and pedalling our socks off around the course. The crowds were just spectacular. Cheering, waving, ringing cowbells as we went by – it was incredible.

The serious contenders were lined up like a peloton and whooshed along like a train.  Wow! I thought to myself, wondering why I hadn’t done any training – at all! 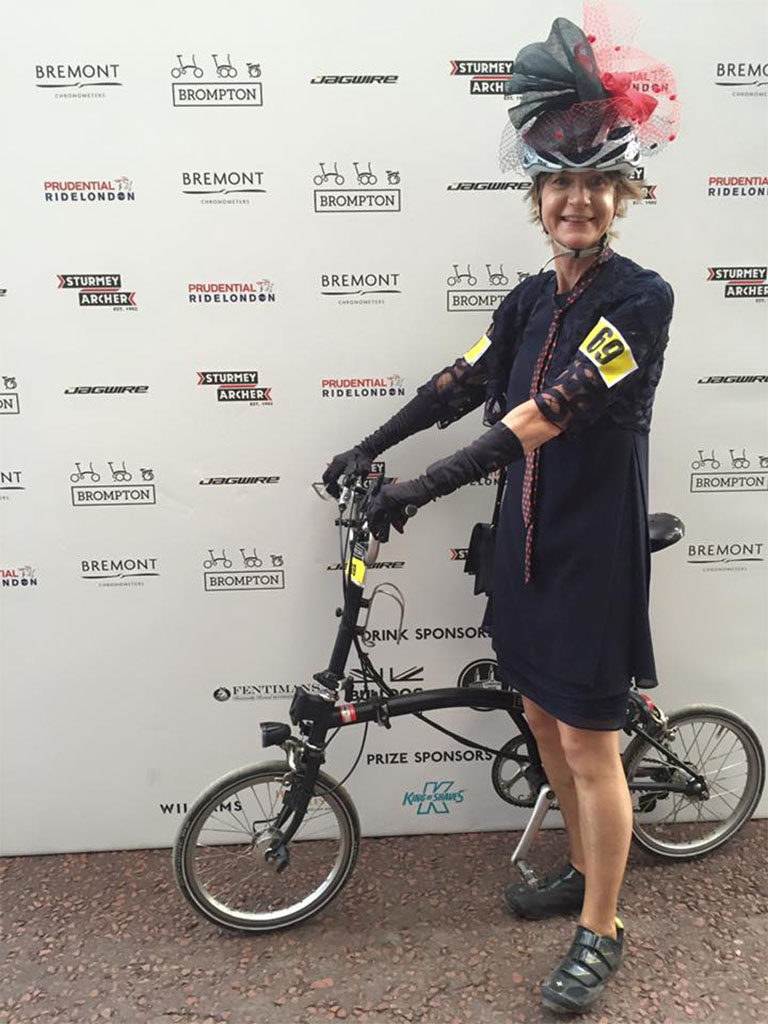 From the moment the email arrived saying I had a place in the race, my focus had been on my wardrobe. All those years of my youth being a size 19 (13.5 stone/85.7kg) with very little choice of what to wear had fallen away with a calorie-controlled diet and had opened up a level of what to wear I had never, ever known before.

Enhanced with a recent I Quit Sugar diet meant that a wardrobe combination of Max Mara, Bruce Oldfield, Accessorize, Kask, Shimano, VV Rouleaux and Skyecaps made it  probably the most photographed day of my life. Not something I’d seek without a Brompton but it was a firm reminder of how losing 4.5 stone (28.6kg) had changed both my life and my look. 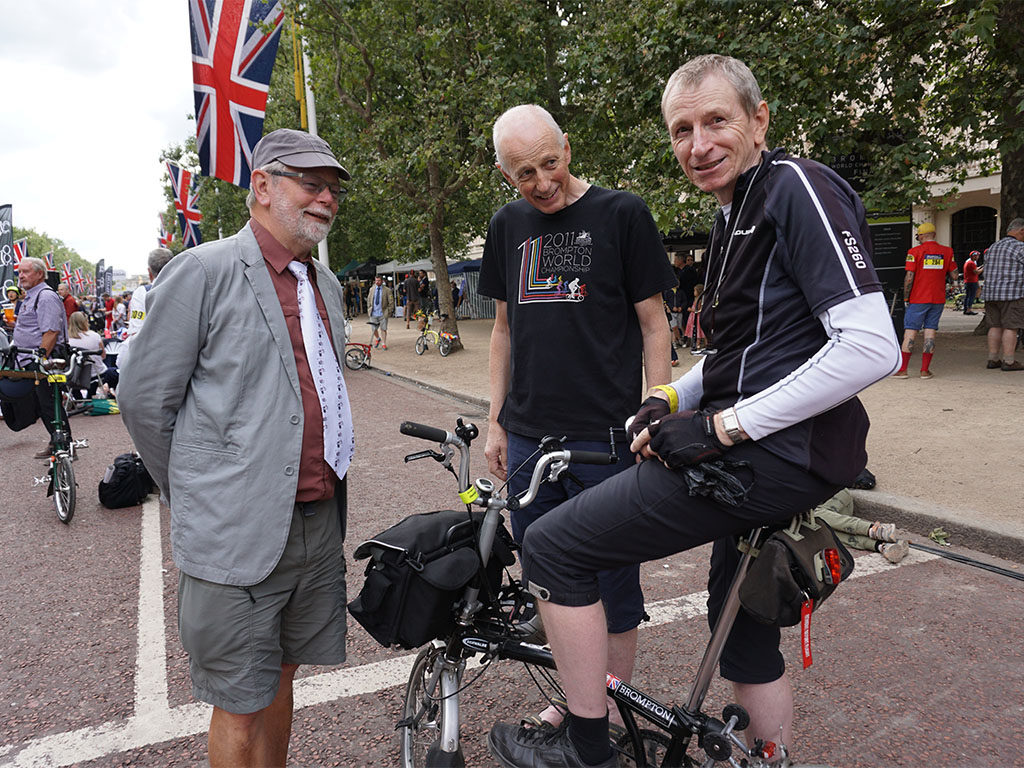 Whilst the race was taking place, the Brompton party continued. So many Brompton peeps had joined to celebrate the event and it didn’t matter if you were in the race or not. It was, like the Henley Royal Regatta or Royal Ascot, a tremendous and extremely social way to spend the day. 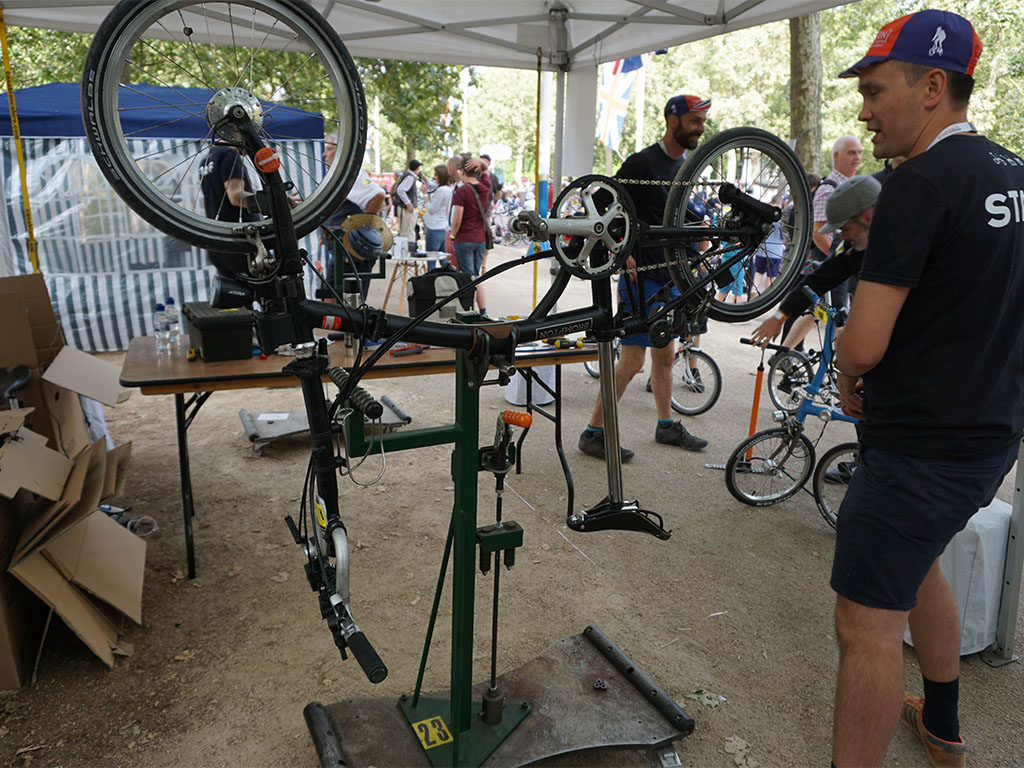 Without doubt Brompton had excelled itself. No matter how long their day had been, every single one of their staff was ready and willing to help. Whatever it was, nothing was too much trouble. 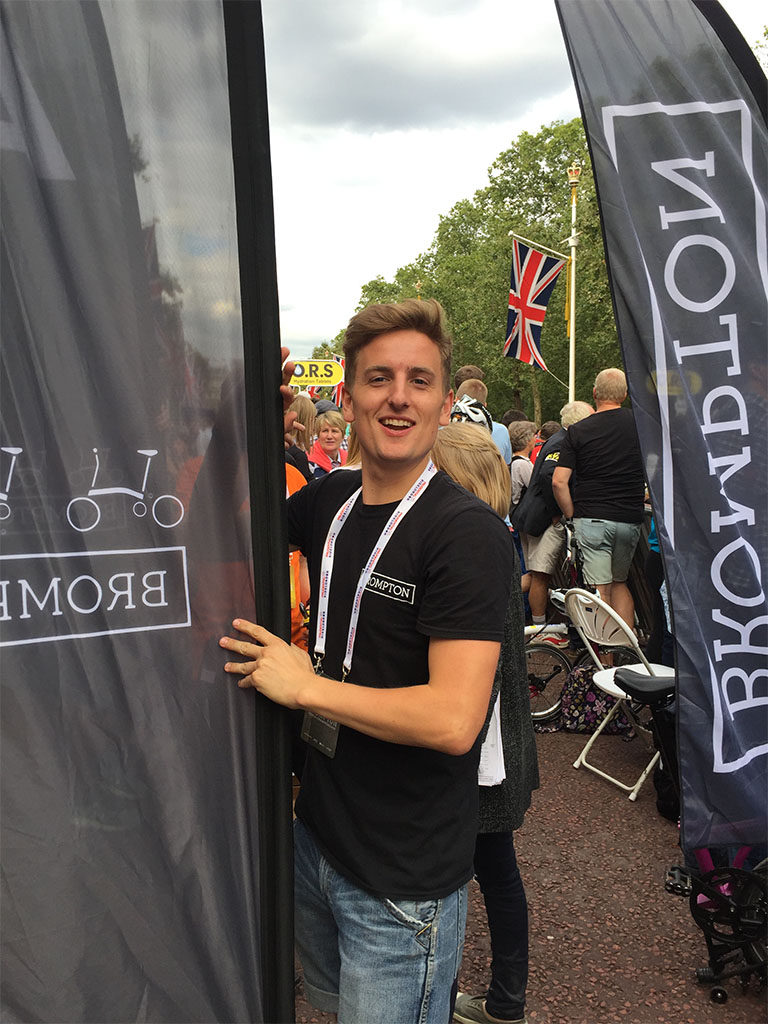 Unwavering and absolutely awesome to see the attention to detail from every single one that truly echoed the fastidious focus generated by Andrew Ritchie when he was working on the perfecting the design, decades before. Even at the very, very end, senior Brompton peeps were all folding up chairs, tidying up, sleeves rolled up just doing what needed to be done.

That, Will Butler-Adams, is a memory that will stay with me for a long time. 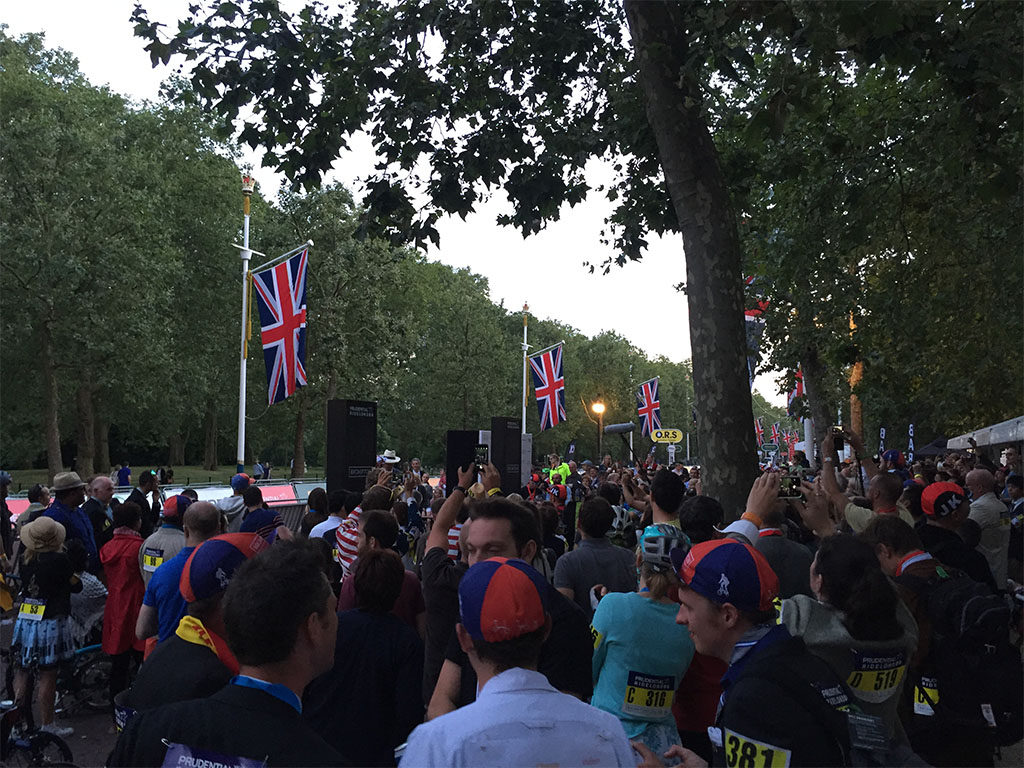 Eventually, we had eaten all the burgers, pizzas and drunk all the gin. We collected our medals and our Bromptons then headed for home. 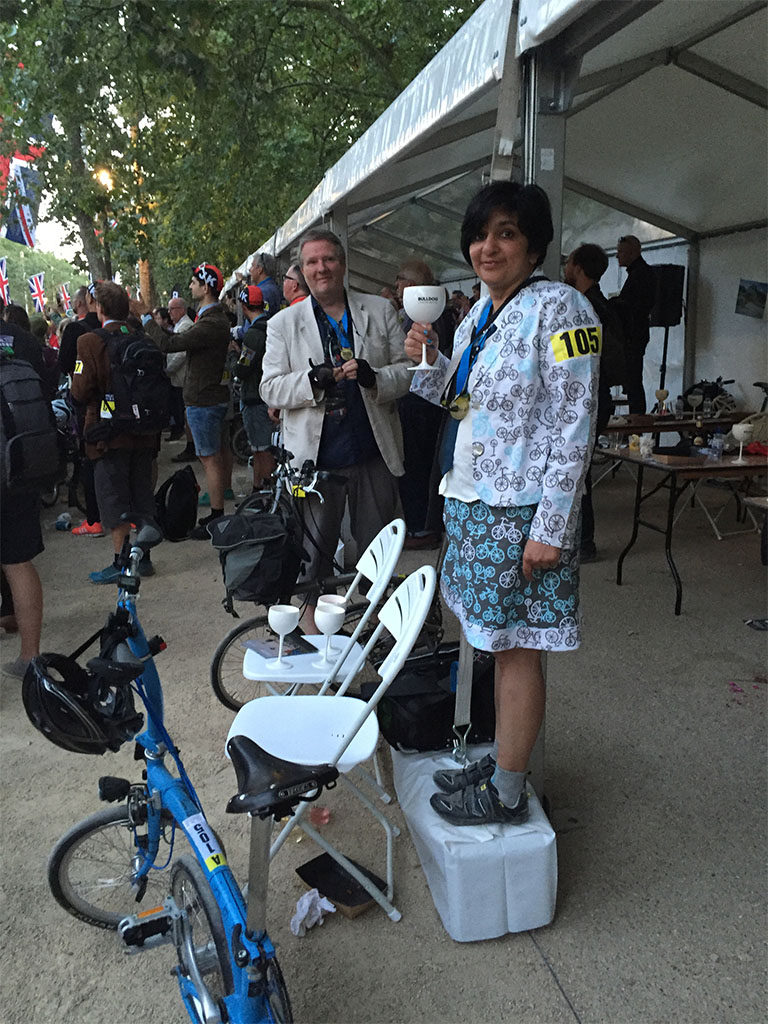 Thank you Brompton, Prudential Ride London, TfL, City of Westminster, RBK&C and a big thank you to the UCI authorities for giving women’s cycling the kudos it deserves.

Kirsten Wild I don’t know how you cycle that fast and I still can’t believe I’ve been on a bike ride around Richmond Park with Lucinda Brand, Strongher.cc and Voxwomen. British Cycling, Breeze and Sky Rides are just a few of the organizations bringing more and more women into cycling. 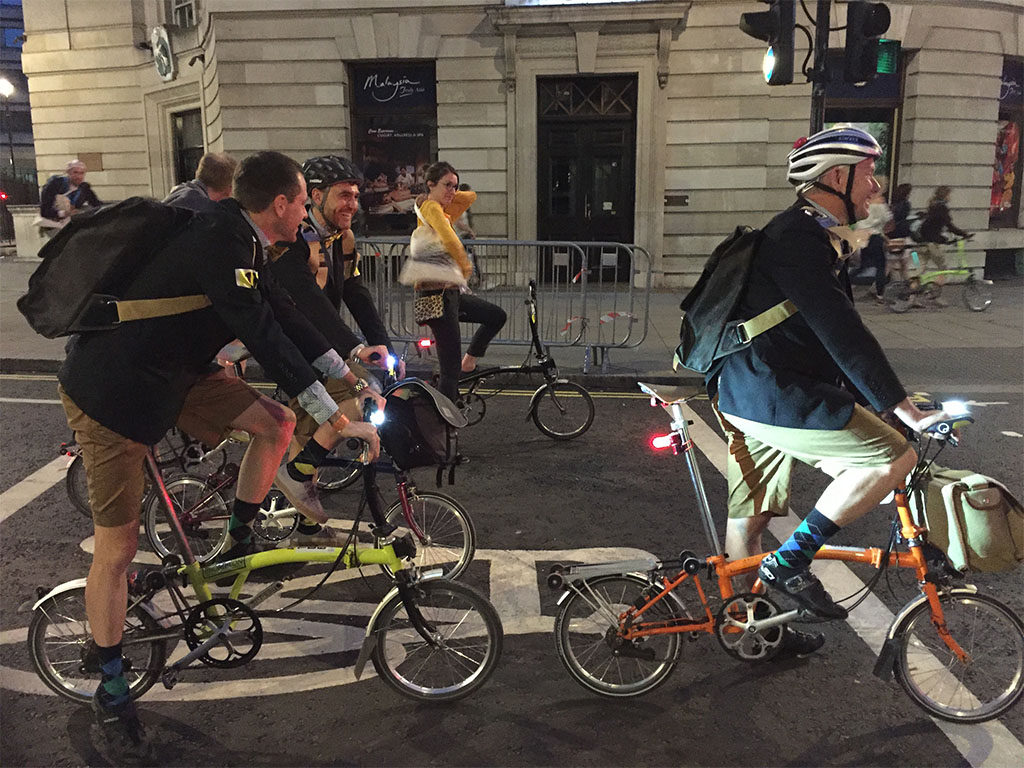 Looking around The Mall on Saturday, Brompton are definitely doing their big bit to bring cycling as a form of transport, not just one of exercise or championships to our every day lives.

This entry was posted in Cycling with The Fridays, Diet - What to eat and When to eat it, London Brompton Club, Tweed and tagged Brompton, cycling, Diet, Fashion, Haute Couture, London, Prudential Ride London, Sky Ride, Style. Bookmark the permalink.