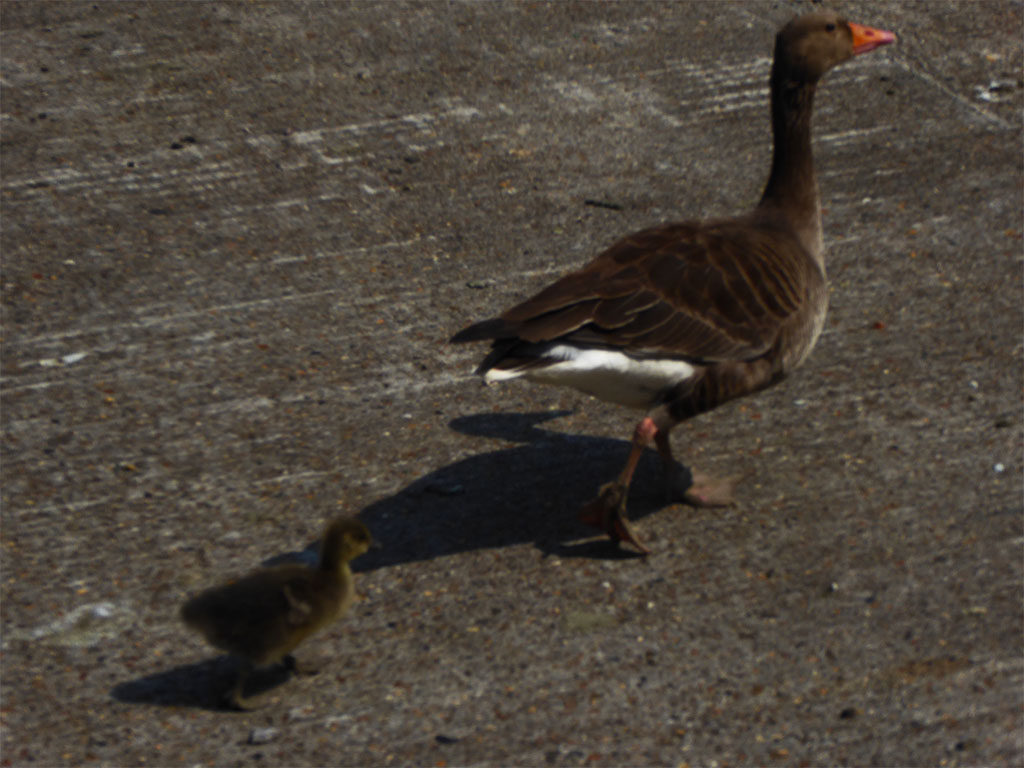 Like a magnet, the warm air under blue skies brought out not just people from their somewhat lengthy winter retreat.

Hailstones were no more, temperatures were heading to the mid twenties and with a bit of good luck today was going to be the first day of Summer.

Along the river path, a fellow Brompton rider and I took to the south side of the Thames path, destination Barnes. 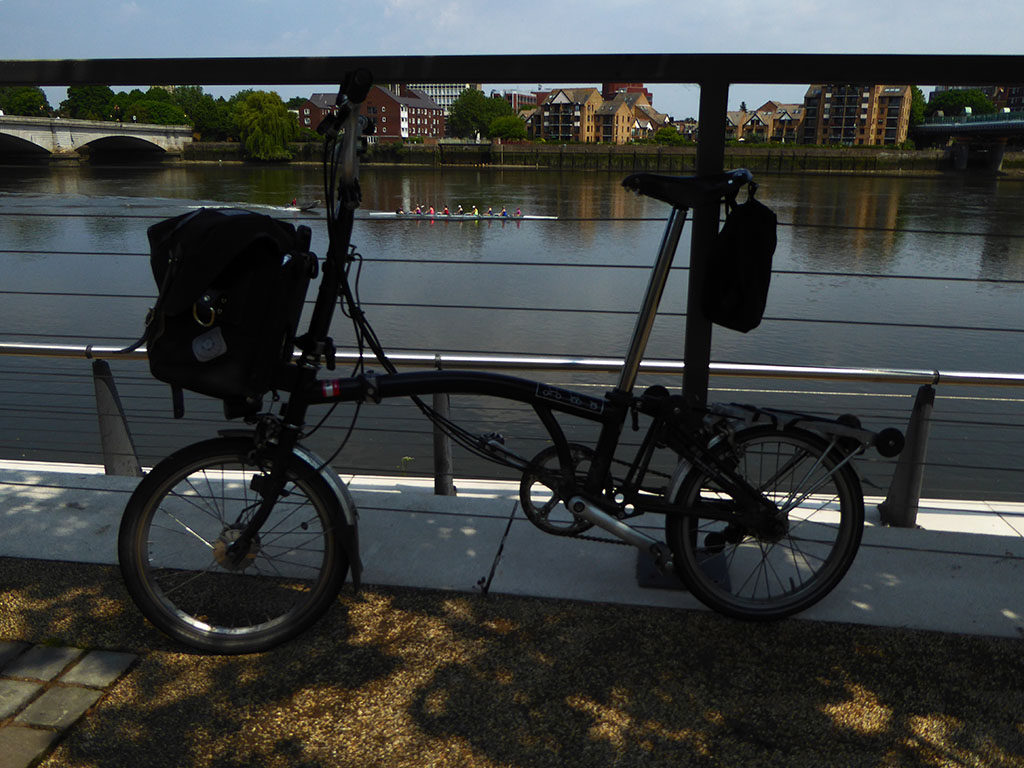 Weaving around dogs, cyclists and pedestrians the conversations changed direction again and again as we passed so many buildings that generated memories of long ago.   Where we had worked, lived and partied, some of the recollections were blurry but moments when throwing up into a handbag rather than make a mess in a taxi were memories that apparently seemed like only yesterday!

Down by the River beyond Putney Bridge, the number of canoes – skulls – were waiting in racks for their next water-based rush. 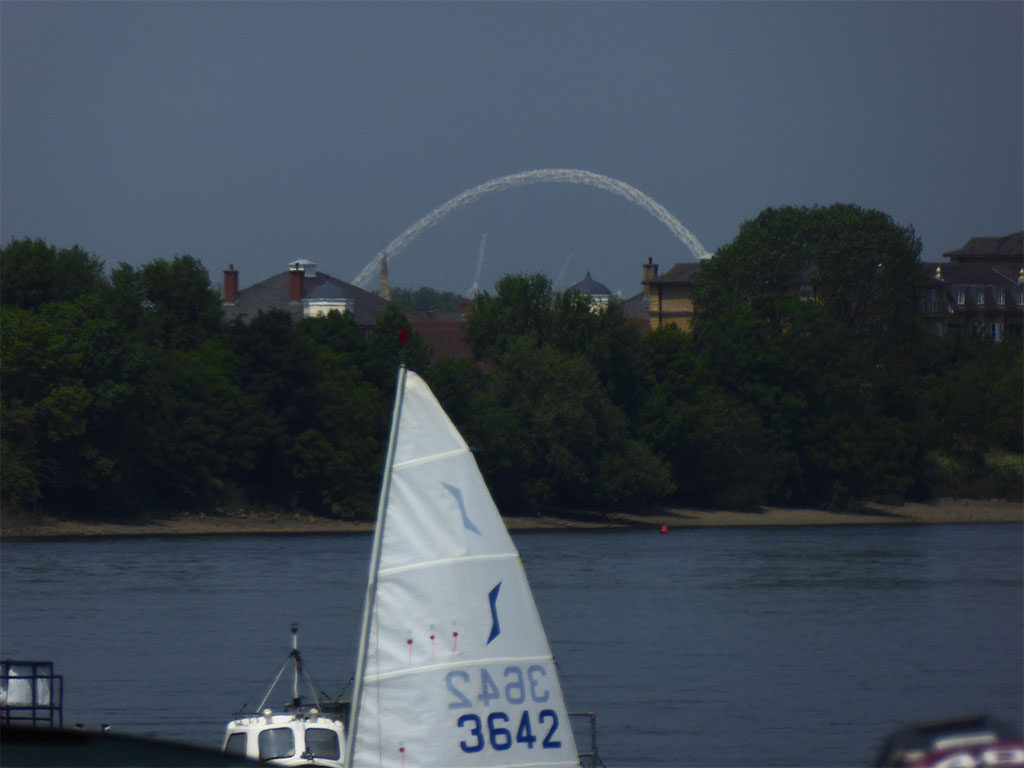 In the distance, the infamous arch of Wembley Stadium was clearly visible. It looked as though it had moved to the Chiswick roundabout – and the BT Tower was visible from Barnes. Eyeopeners on the skyline.

At Barnes, the Coach and Horses was the perfect stop for Sunday Lunch. Proof that summer had arrived at last were large glasses of Pimms containing ice, fresh fruit, mint and a straw. The way they should be! 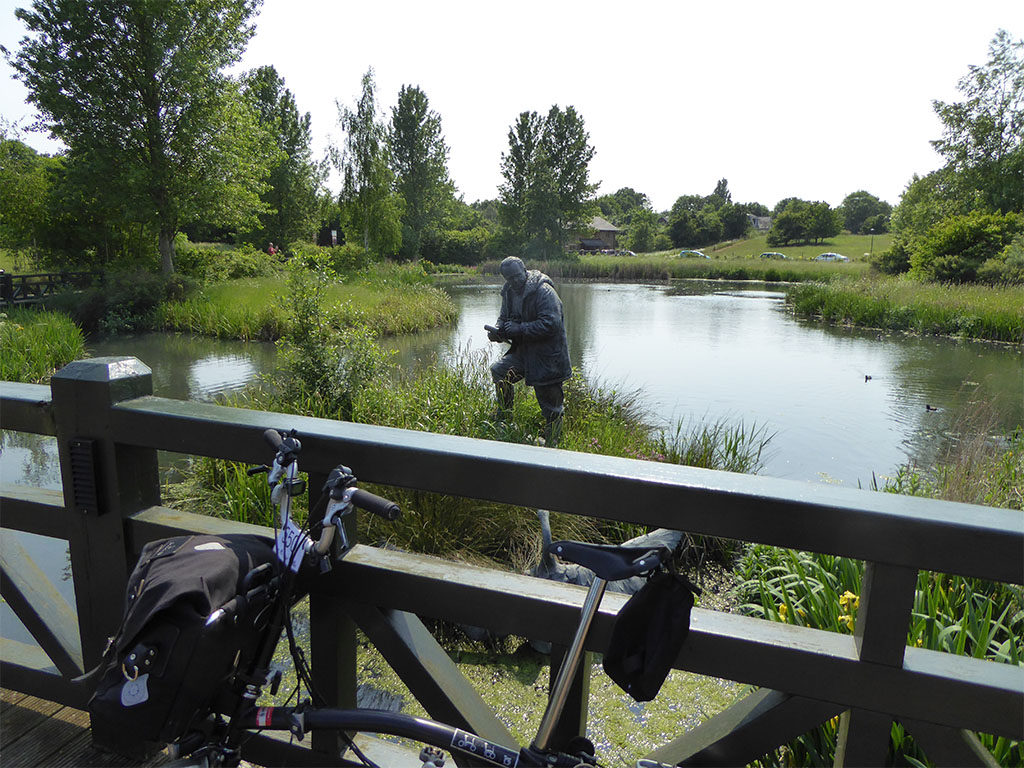 Heading eastwards, a quick trip into The Wetlands Trust which would have been the perfect place for a cup of tea but when learning an £11.50 entrance fee was required, this was somewhat disappointing. It was only later on in the day that the realisation of the incredible work and selfless act by both the founder and his father that I felt rather guilty at my reaction to paying £14 for a cup of tea.

Sir Peter Scott (“son of Antarctic explorer Captain Scott who, in his dying letter, urged Peter’s mother to “make the boy interested in natural history”) was also one of founders of WWF  and drew their famous panda logo. The London Wetlands Centre is definitely a something that will be given further consideration to find some way to show support for what they do. 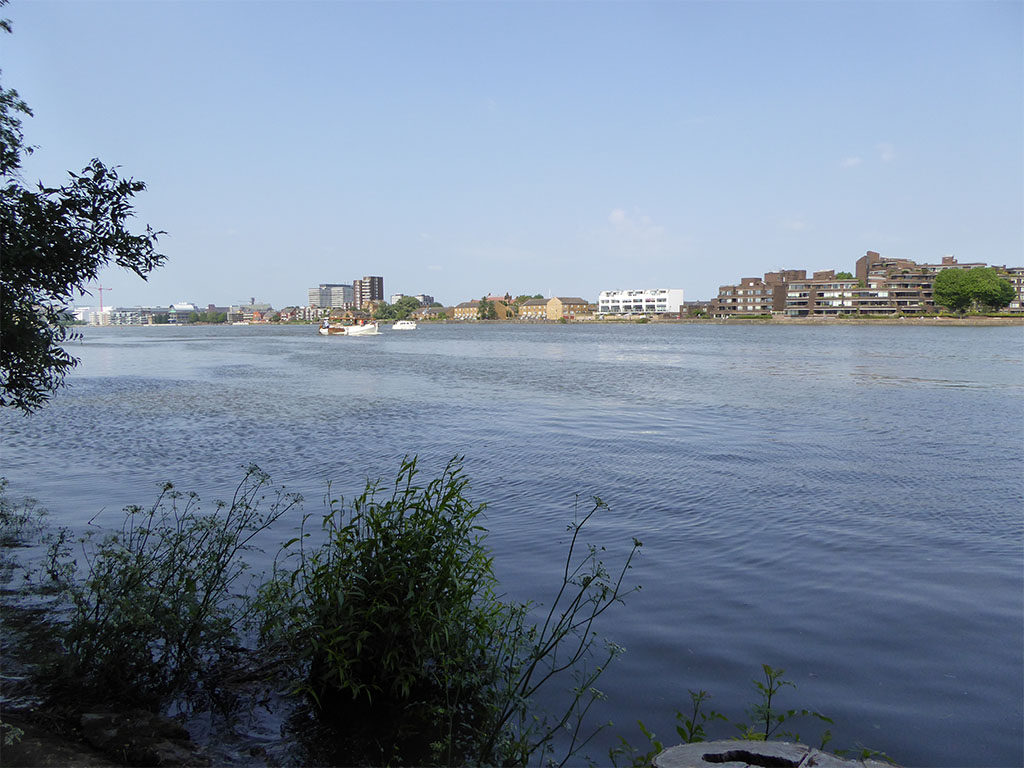 Cycling back along the river path, the height of the water level was rather a shock.   Thoughts of how horrendous things have been in Paris over the passed few days, dealing with the floods that have devastated the capital.  At Putney Bridge, the river looked so wide, it was almost Amazonian.

As we cycled on to Fulham Palace, the opportunity of afternoon tea in the sunshine across from a copper beach tree that has been part of my life for over 20 years was the perfect place to stop.  The Bromptons caused an eye of concern until they were neatly folded and disappeared into their square conundrum as people tried to work out what we were carrying. 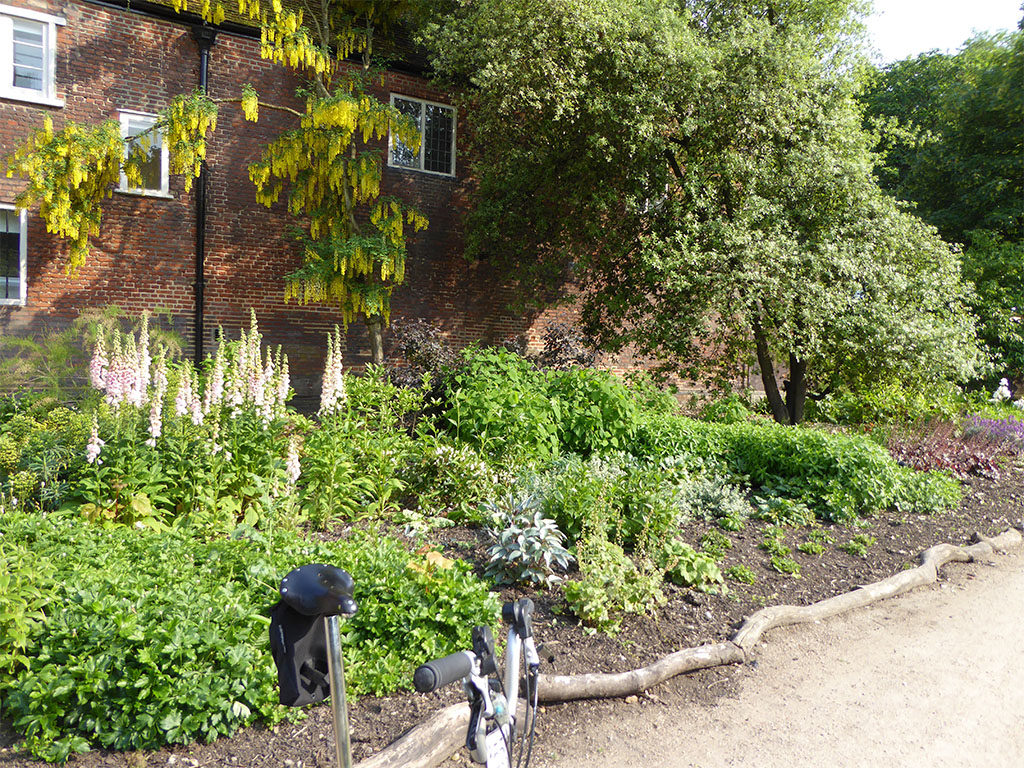 The walled garden and dilapidated greenhouse with box hedges around the herb garden may still be there but a stroll around them would have to wait another day.

Along the river, under Putney Bridge followed by a railway bridge and on passed an afternoon of Polo.  Champagne and chukkas – whether the latter was a nickname or a sporting accessory who knew? 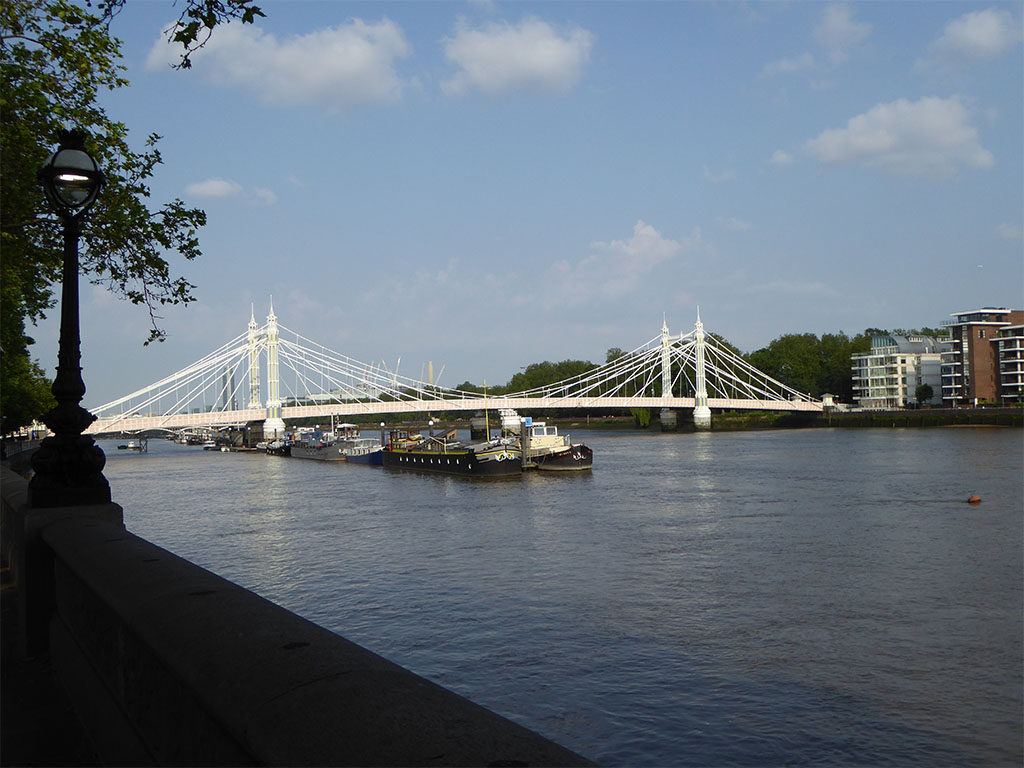 As we reached the end of the ride it was clear that summer really is on its way. 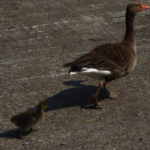 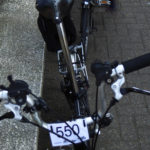 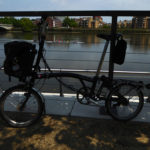 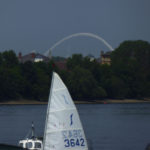 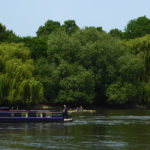 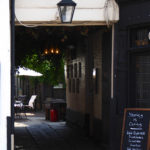 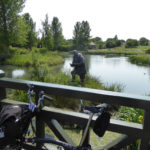 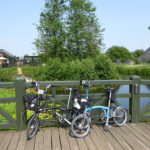 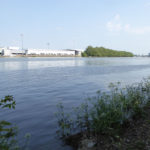 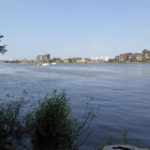 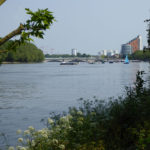 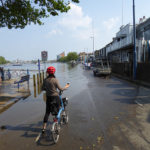 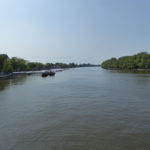 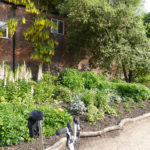 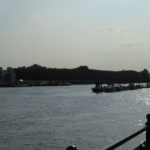 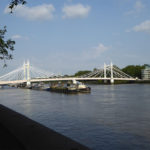 This entry was posted in Diet - What to eat and When to eat it, London Brompton Club, Sunday London Rides and tagged Barnes, Brompton, London, Polo, Summer, Sunshine. Bookmark the permalink.