Barefeet ran across the lawn and the silence of the summer Sunday afternoon was broken by squeals of “Leave it, it’s mine, it’s mine!” The seven year old over took her brother as they both chased after a descending blue plastic disc whilst their father’s laughter filled the airwaves as his perfect Frisbee throwing had brought both his children to their feet.

In an instant the family picnic was abandoned and everyone was running around the garden trying to intercept the next flight of this very simple toy. Remnants of sandwiches, pork pies and bottles of fizz on a large picnic rug were signs that lunch was over.   It was only a question of time until the shade under the copper beach tree would be drawing everyone in for slices of home-made cake and flasks of tea. 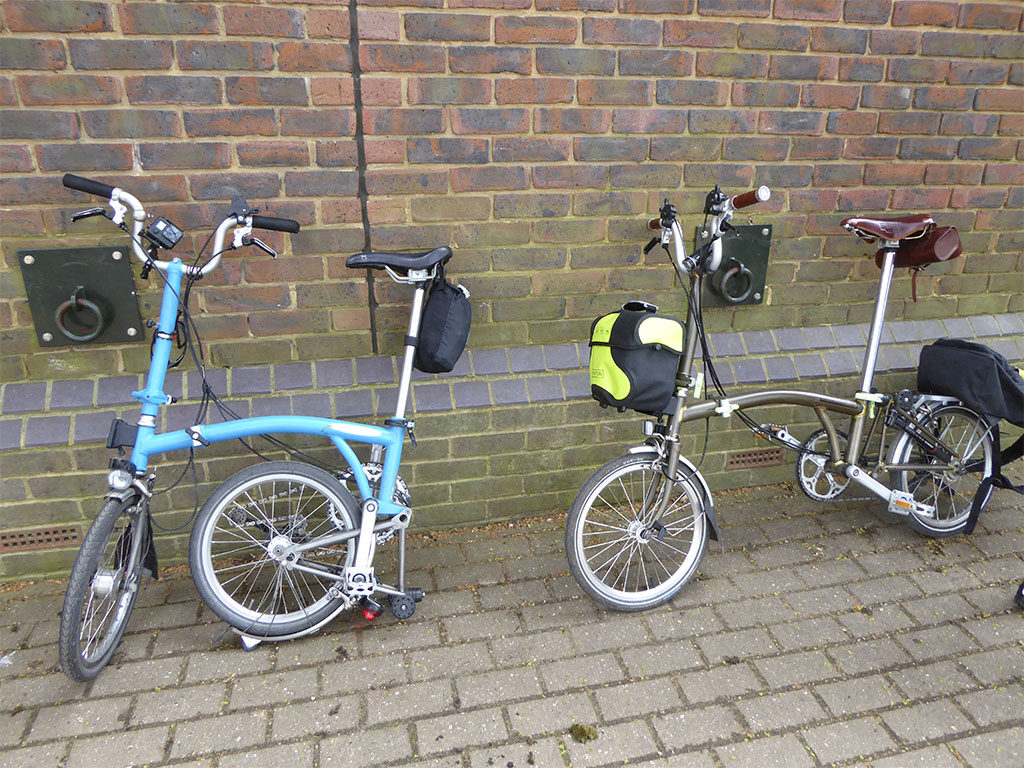 30 years later a glimpse of this very garden from a Brompton bicycle had transported me back – in a nanosecond – to a time and to memories that were long, long forgotten. Yet remembered as though it was yesterday.

The power of the pedal will never cease to amaze me. 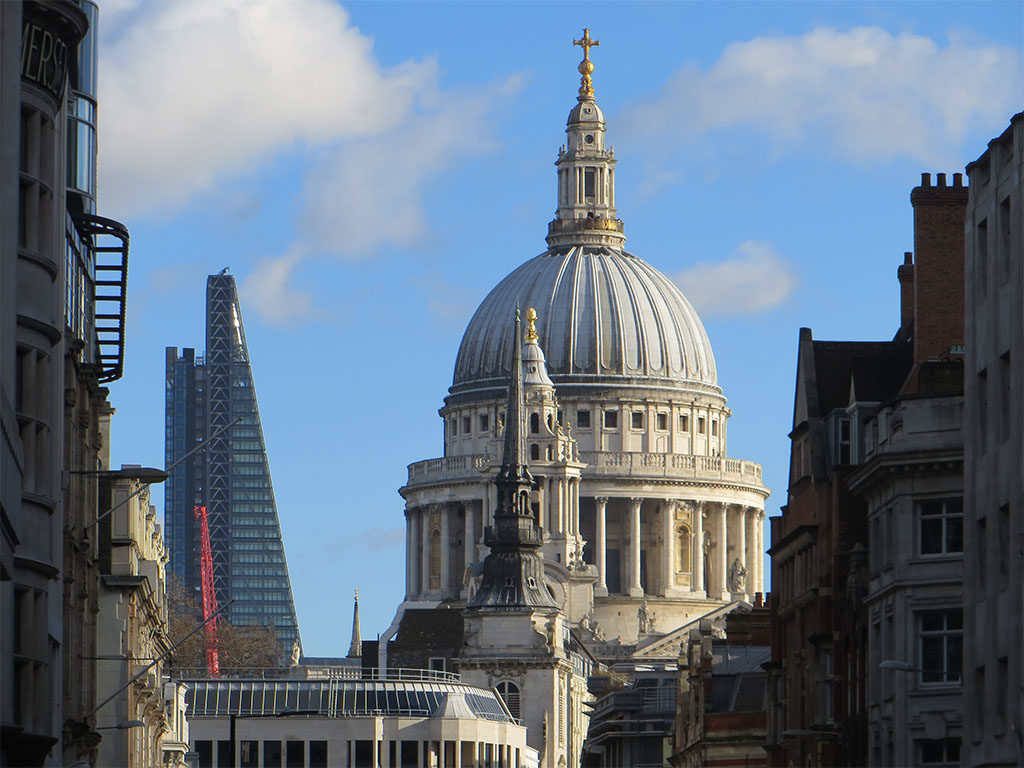 Three hours earlier a rather hurried ride across London to try and catch a London Brompton Club ride along the river was successful.   Flying around the corner onto Bishopsgate – a venue that sparked my first memory as it had been the place where so many Friday nights had roared into Saturday mornings, clubbing til 3am to be followed by attempts to hail a cab so we could all go home as fast as possible, only to repeat the event a week later.

This time it was daylight. Bright sunshine bordered with very dark clouds. A mix of Bromptons were gathering together and in no time at all we were heading out through the City. The Gherkin was behind us, the sun was ahead and we weaved our way to Tower Bridge where a policewoman was waiting with a bicycle. We carried on towards London Bridge where a 50 metre walk was a bit of surprise. 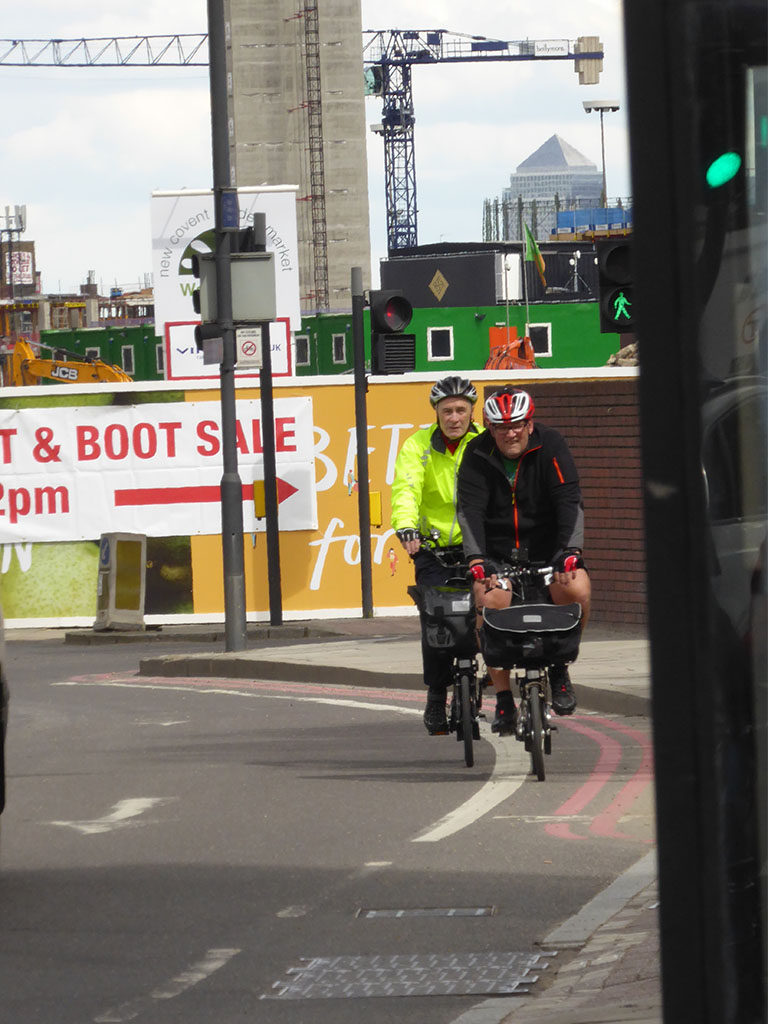 Back on our Bromptons and across Westminster Bridge to join the Thames Path. A path that is patchy, it appears and disappears – perfectly matching the kind of cycling infrastructure that is so often not fit for purpose.

Passed Battersea Dogs Home and onto the newly revised cycling roundabout near Chelsea Bridge with its cycle lanes and cycle-specific traffic lights that we all ignored as –  like a mouse trap  – once you’re in it, there is no guaranteed route to escape to your destination. Needless to say we stayed on the road.

Into Battersea Park and out again, along to Wandsworth where we became nine and onto Putney where a photo opportunity presented itself. 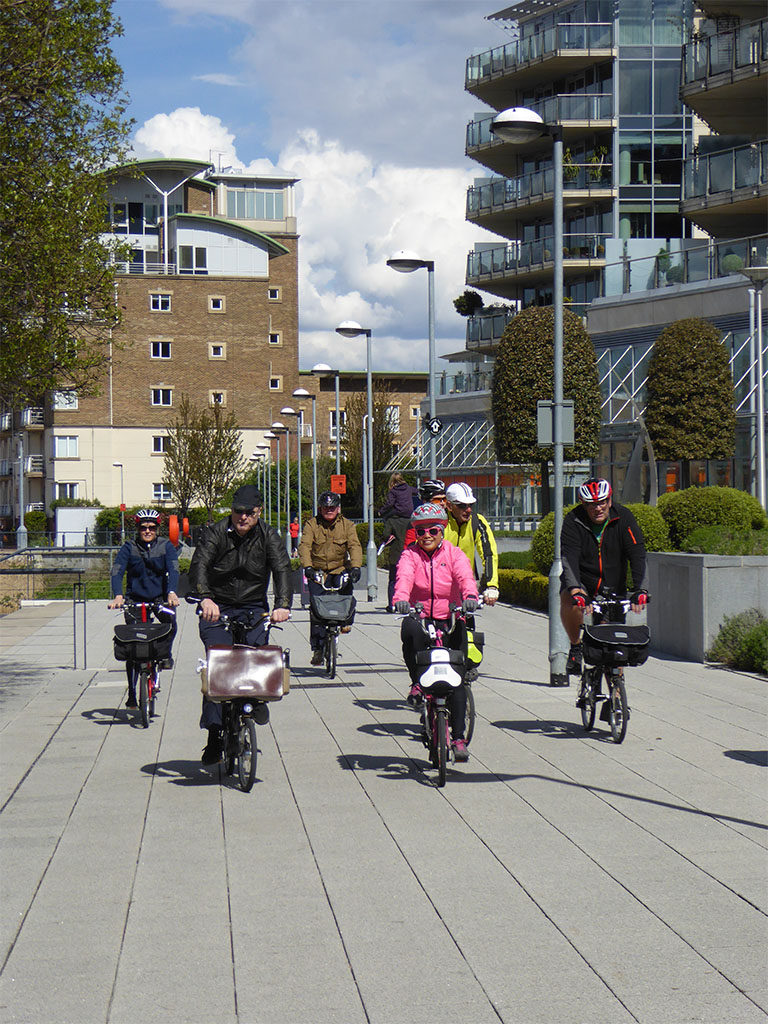 As we rode down to the river, the rowers were out in force and drops of rain became a little more persistent. Ignoring the original destination we reached the middle of Barnes for cake (cheese straws for those not eating sugar) before cycling over Hammersmith Bridge and north over the river passed Craven Cottage and into Bishops’ Park – a place that I have known all my adult life. Cycling towards Putney Bridge, it was here that I caught sight of Bishops Palace and its garden where so many weekend afternoons had been spent under its majestic copper beech tree.

Where did all the years go? I wondered.

Out onto Putney Bridge with three lanes of traffic to cross before turning into the New Kings Road all the way to Sloane Square. A quick tour of Lowndes Square to guide everyone to the cycle-specific lights to Hyde Park and I headed back home.

Another day on a Brompton. Thank you peeps!

The Journey from a GoPro 3 edited on iMovie and pics: 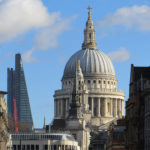 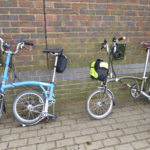 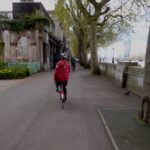 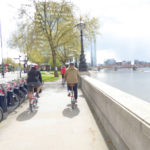 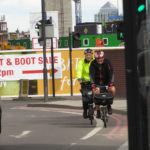 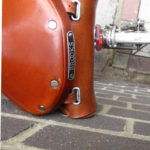 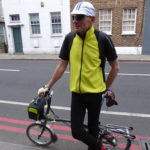 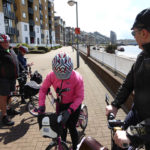 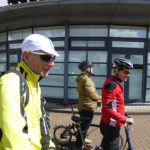 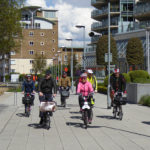 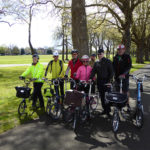 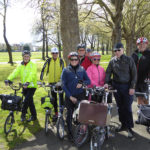 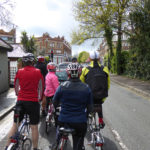 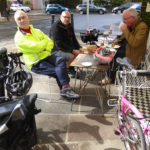 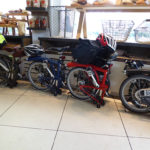 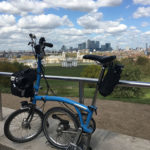