The Hills are Alive with the Sound of Mountain Biking

Pushing my feet forward, willing them to keep moving yet knowing they were coming to a grinding halt was followed by a large squishy splat as, for the third time in an hour, my entire body landed on its side in boggy mud. My right foot was still clipped in.

In my head I could hear a friend of mine saying “be prepared to fall over, a lot”! At no point did he mention the mud. Out loud I could hear laughter, raucous laughter. It was mine. 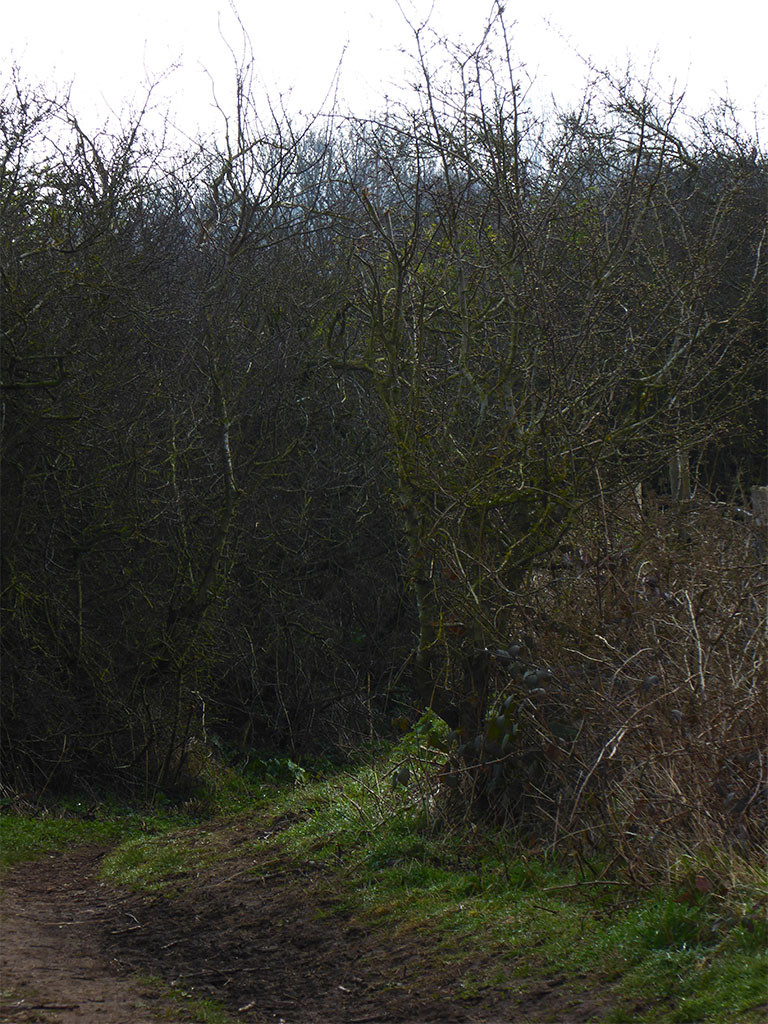 Two fellow cyclists came haring back to see if I was ok. They gave my bike and me and a hand out of the myre. Not for the first time, this fabulously friendly group of cyclists were sharing tips. “Be in your lowest gear and spin, spin, spin your feet with the highest cadence you can muster – it gives you the most traction to move through the mud”.   “It sounds ridiculous but 99% of the time, the best way to go through really boggy bits is straight through the middle. Truly!” 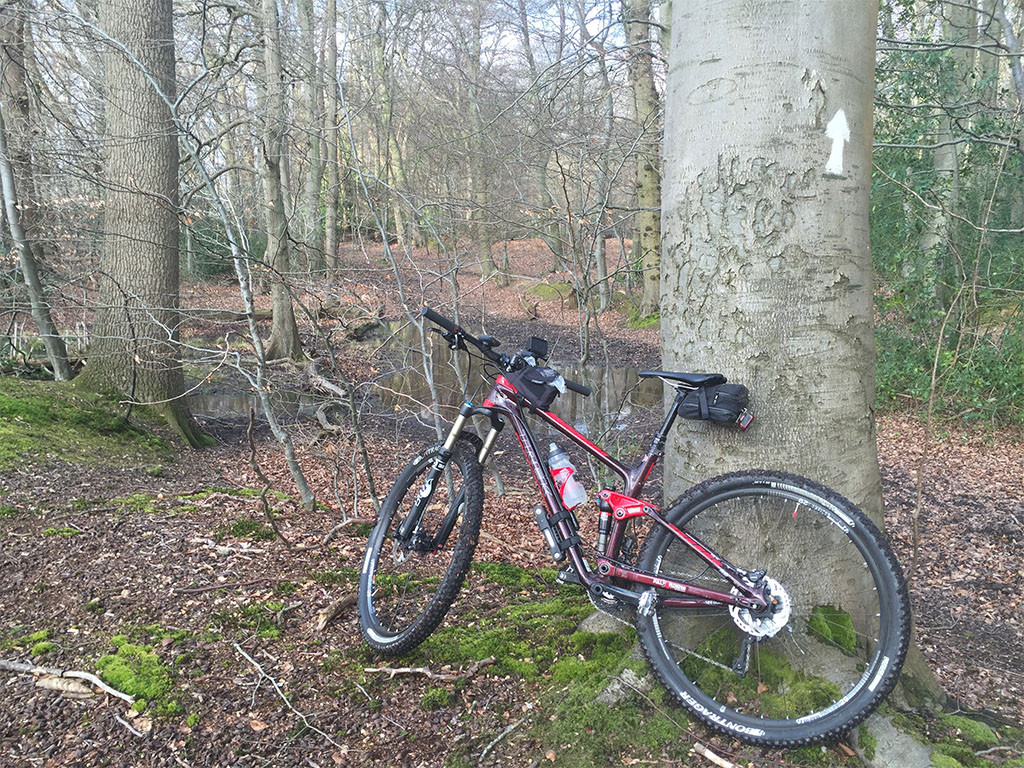 My eyes were on stalks. Did they have any idea how filthy my bike was? Even the mud was covered in mud. There were bits of rhododendron hanging out of the derailleur. The transfer from road cycling to mountain biking was greater than I ever imagined. But the grin on my face was huge!

The day before I had taken a friends advice to cycle round The Tamsin Trail in Richmond Park. As a road cyclist, the biggest adjustment to riding a mountain bike is to steer the bike away from tarmac towards gravel and grass. It so goes against the grain! One lap of the trail (the least hilly way) didn’t seem enough so a couple more gave me more practice with gears and seat post position – the hydraulic seat post is incredible.

By the time I reached home 40 miles were on the clock – not a bad warm up I thought to myself. My back however was decidedly unamused. The rucksack had weighed down on my shoulder so much that it hurt for two days afterwards. Straight into Cycle Surgery and a saddle bag, pump and lock were fitted to the bike. No more rucksack for me.

At the ride meeting point the next day I was distracted by a width of tyre I couldn’t compute! 20 minutes later 10 of us were heading out into the countryside – cycling along bridle paths, straight over small rocks and grass that I would normally avoid like the plague.

Up a gentle hill I stayed in the saddle and kept pedalling. We regrouped at the top then headed further north. One of the two leaders gave me some advice for climbing: “move towards the front of the saddle so that you keep the front wheel in good contact with the ground. When descending, sit at the back or stand up keeping the weight over the back wheel.”   My hydraulic seat post came into its own!

To me, cycling is normally seeing views and vistas from smooth tarmac, interspersed with traffic. Todays ride was traffic free because we were on narrow paths in between fields that only foxes, horses and wildlife would only ever see.

After the fourth splat landing I began to feel a little deflated. Was I really this useless? My back wheel had spun about in the mud and staying upright simply hadn’t happened. Immediate support and encouragement:   “Don’t worry this is the worst bit as it rained last night it will be better after this section – follow my trails then you can ride my route” was an offer I couldn’t refuse. 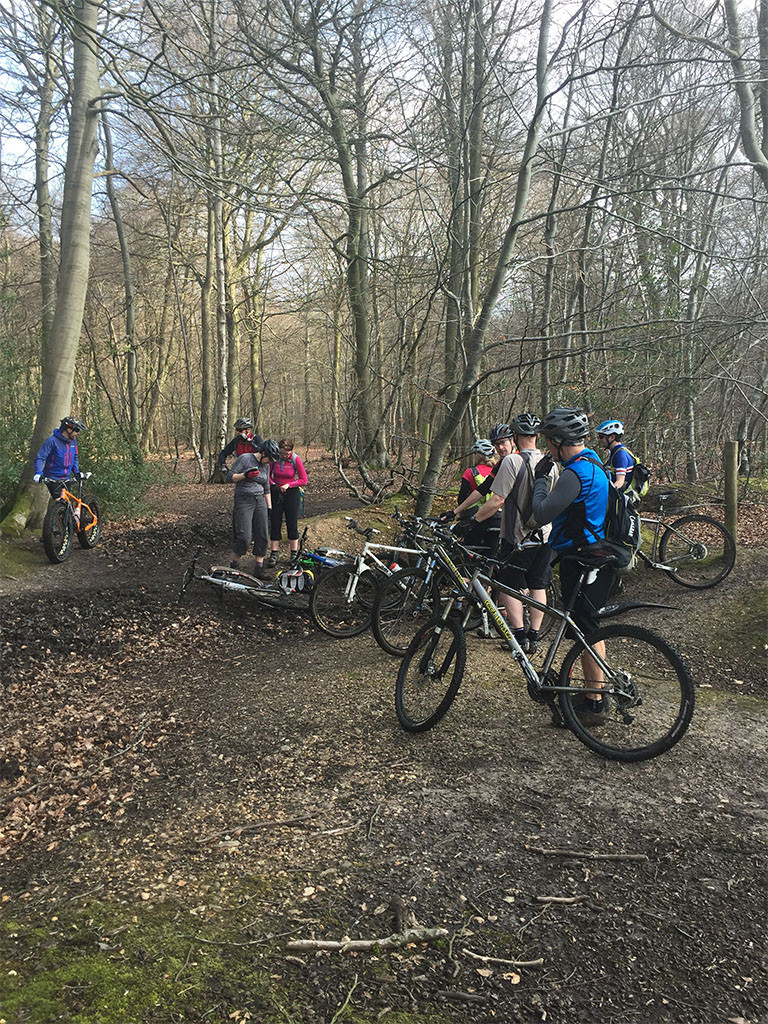 From that moment on I didn’t have to make decisions about where to cycle, I could just follow the wheel in front and take in the surrounding views. It was incredible. The only confusing thing was the Garmin saying I had cycled 13km the moment someone suggested I ate a snack. After 13km on a road bike that wouldn’t happen but clearly this was a whole different amount of effort. A banana disappeared and powered me on my way.

All the walks of my passed in both Scotland and the Pyrenees came whizzing back to my mind – the pedals kept turning and I spun my way to the top of the steepest ascent even going round a tree trunk across my path but still climbing and still pedalling.

Amazingly the hill up to the lunch stop was no longer a threat – spin, spin spin and up I went. It was only when a fellow cyclist suggested that I removed my shorts (worn over cycling leggings) as we were eating inside that I realised how muddy I really, really was!

As I sat down to lunch, mud shot out of my hair and landed in the mustard! How I laughed! An hour or so later we began the descent home – more kind advice on picking the route and as the ground had dried up I didn’t fall over again!

My concern for the state of my bike was removed at the home and hose of two of these kind peeps who let me clean my bike before heading home. Apart from the mud – mud baths in my case – it had been the most brilliant introduction to mountain biking.

The trip home saw me grinning all the way to the shower. What a fantastic way to spend on a bicycle – there was something very special about being in the middle of nowhere in a wood. Not a car in sight or earshot. Thank you peeps – for your kindness, your patience and your advice. I had the muddiest blast of a day!

Thank you Reading CTC – you played a blinder!

Things for me to think about:

This entry was posted in Diet - What to eat and When to eat it, Mountain Biking and tagged MTB, Reading CTC, Stans Cycles, Stronghercc, Trek. Bookmark the permalink.