The clatter of the letterbox drew me to the front door.  On the mat sat an envelope with the familiar handwriting belonging to a friend in Australia who tried to introduce me, albeit unsuccessfully, to cycling several years ago. Inside, a card to say hello from the other side of the world.  Printed on the back an explanation of how much money could be saved by cycling or walking all journeys less than, coincidentally, five miles!  How I smiled when I read that. 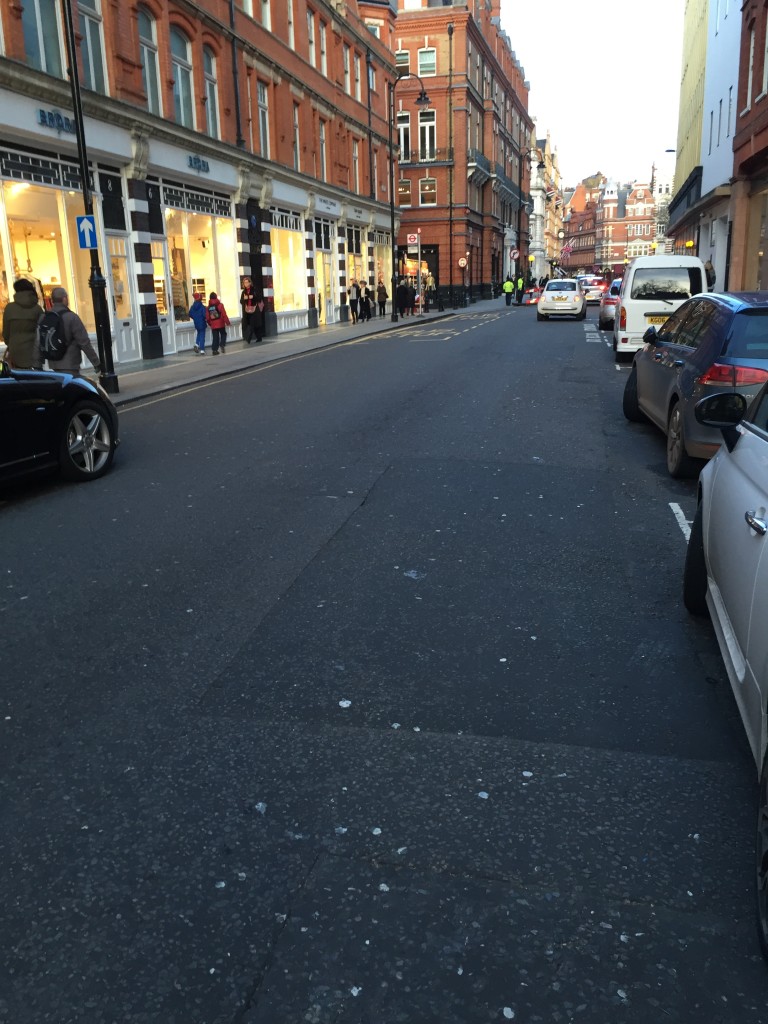 Half an hour later I found myself cycling along a road that during school term time is normally choccablock with traffic.  I have asked friends to take a photo on their commute during rush hour at a busy junction this week, then to take another photo next week (same time, same place) when the schools are back.  If this is something you can do using hashtag #unhealthy on Twitter or here then it could be a very powerful and visual way of encouraging a thought process for changing habits that are, literally, unhealthy for everyone.

Once I had registered the difference in traffic levels, I was distracted by the bright sunlight that contradicted the three degrees that whizzed across my face as I cycled along the river. Luckily the merits of Gore, Berghaus, Brora, Castelli and Proviz were worth their weight in warmth as the only guide to the air temperature was my unprotected face. 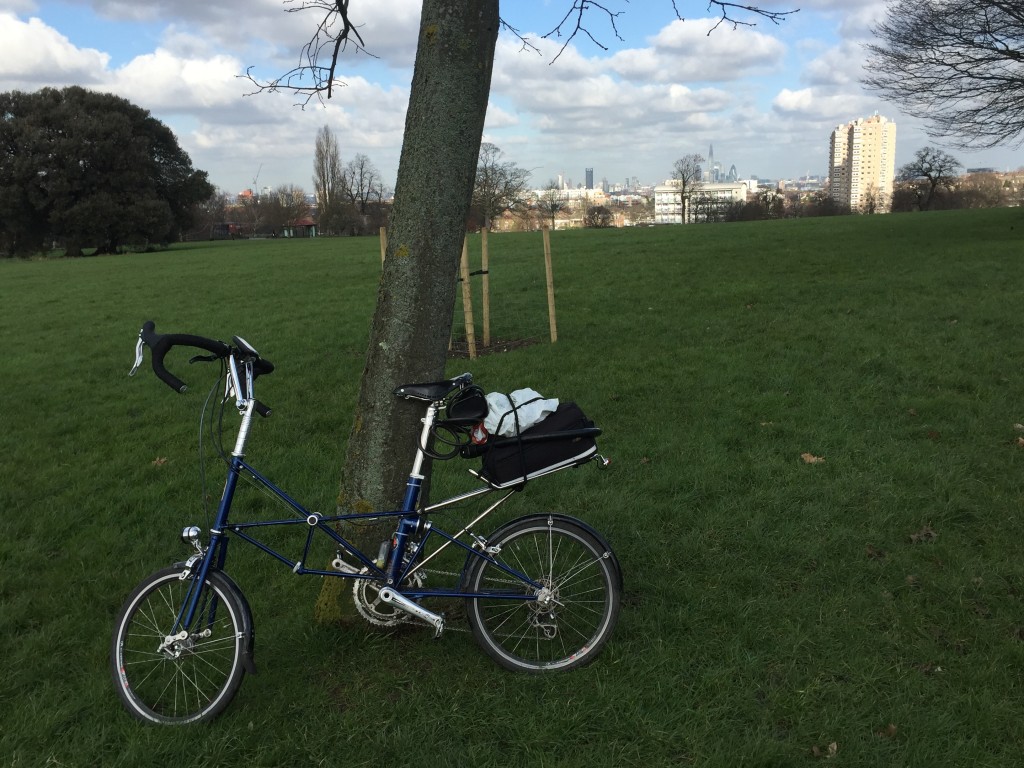 Over the river, up a hill, onto a common arriving in Brockwell Park just in time to go for a little guided bike ride to spectate at Herne Hill Velodrome. What an opportunity for so many different cycling opportunities for all ages. Track (obviously), balance bike, Frog bike, road race, mountain biking and their Wheels for Wellbeing sessions.  The last time I was there a group of road cyclists were trying their fixed wheel finesse.

Watching the track cyclists fly around the 450m circuit, working together in teams as some climbed the banks and some didn’t was really impressive. To think that Sir Chris Hoy cycled such a circuit at 53km an hour is just incredible. Best not look at my Garmin for a while.  Twitter however, was sending out a very relevant message.  @220Triathlon tweeted  “Who wants to have a go on the Lee Valley Velodrome? 200 free taster sessions going at the @220Triathlon show”.  Worth knowing about, even if triathlons aren’t on the radar.

Back on the bike, the temperature warmed up to at least seven degrees and in Brockwell Park I headed for the Café on the hill. Time to sit in the sunshine, the views across to the top of Crystal Palace and all the way north to the City were quite breathtaking. 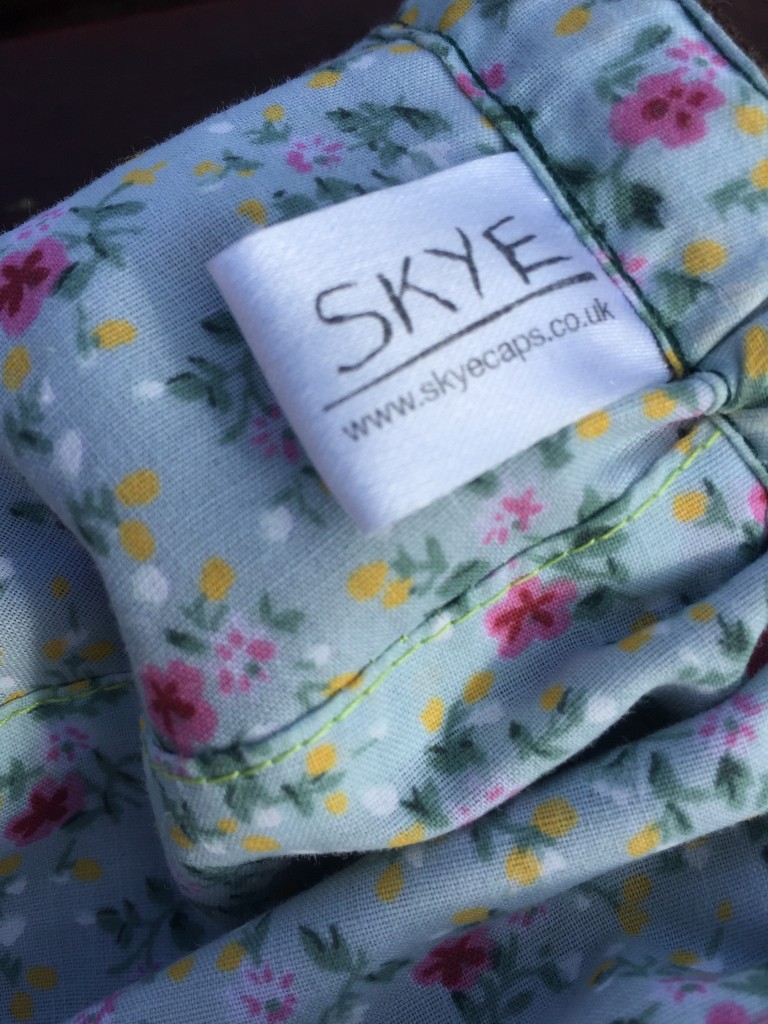 They were great conditions to hear about how Skyecaps is about to take over the world of cycling caps. If ever someone knows how to make the perfect cycling cap – Skyecaps is where it’s at.   Attention to detail that would impress both Andrew Ritchie and the late, great Alex Moulton. There is something special about having bicycles and cycling accessories that are handmade in London.

As Brompton starts its first production line from its new factory floor in slightly more west London, Skyecaps are aiming high. I can’t wait to see the next creations from both brands.

The power of I Quit Sugar allowed me for the first time in nearly a year to abstain from eating cake whilst sitting next to someone who was eating a ginormous piece of carrot cake. According to Sarah Wilson, the author, it takes three weeks to remove the desire for sugar from the system and I can say whole-heartedly that she is absolutely correct. 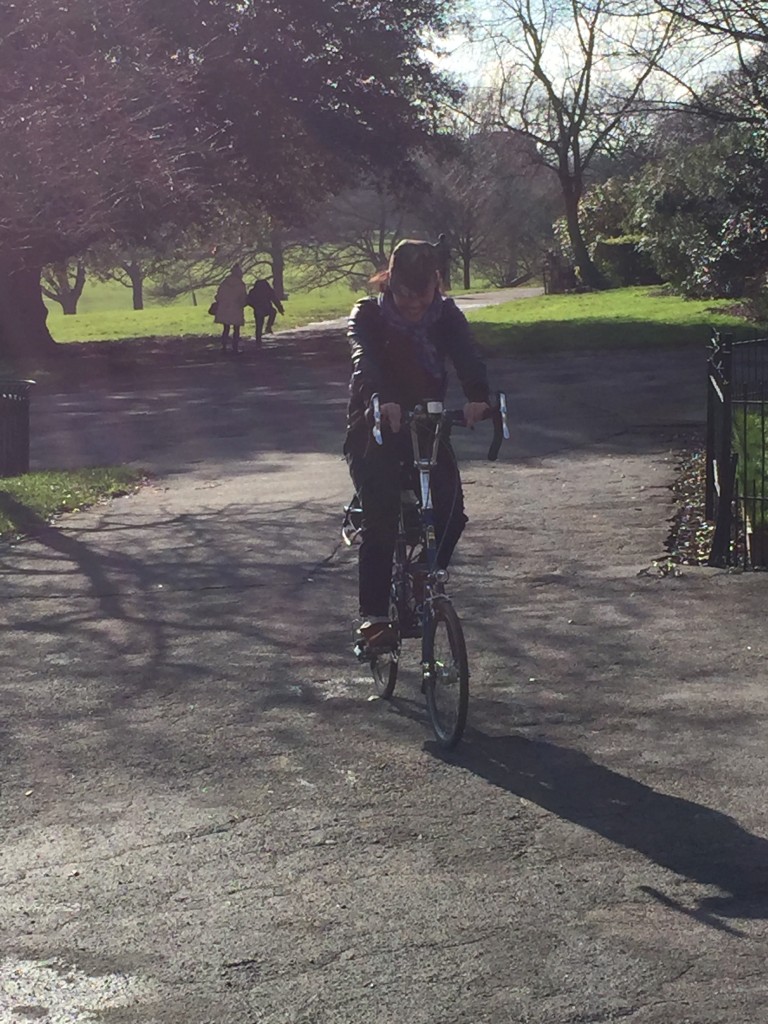 As I headed for home I realised how different people become when they find a job that is their hobby, their absolute passion. For me it’s cycling, for Skyecaps it’s sewing, and for Will Butler-Adams it’s making sure that people all over the world are able to have a Brompton in their lives as their everyday form of transport. What a fabulous world in which we live.

This entry was posted in Diet - What to eat and When to eat it, London Brompton Club and tagged Berghaus, Brompton, Brora, Castelli, cycling, Gore, Herne Hill, Pro Viz, Track. Bookmark the permalink.